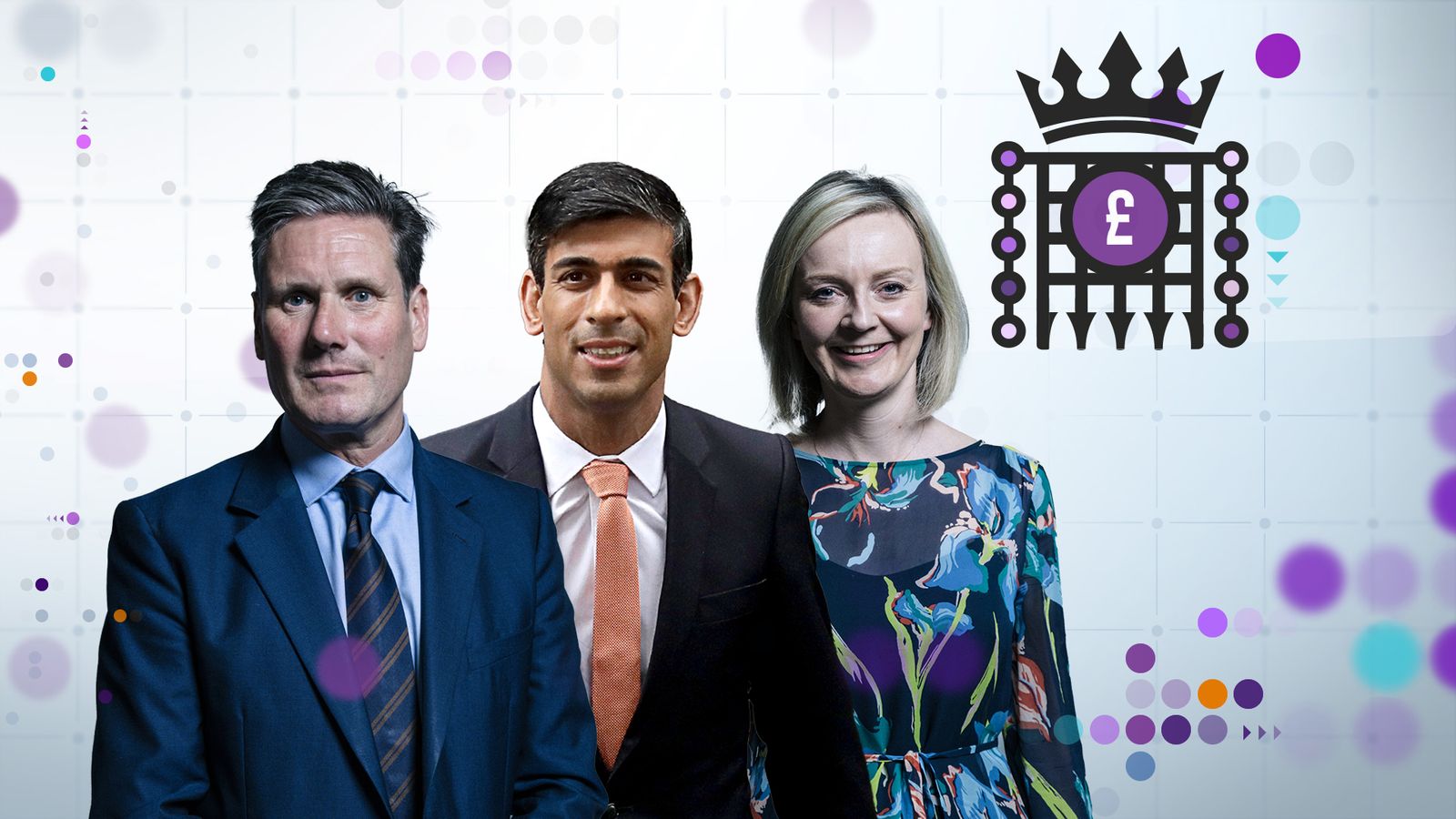 Fourteen MPs have been given more than £250,000 each towards their campaigns and causes, analysis for the Westminster Accounts has revealed.

The senior politicians – from Labour, the Conservatives and the Liberal Democrats – were all given between £258,000 and £752,800 from various companies and individuals during this parliament, which started in December 2019.

In a tumultuous few years for British political parties, most of the top 20 MPs to receive donations ran for their party’s leadership campaigns, including Sir Keir Starmer, Rishi Sunak and Liz Truss – the three highest recipients.

Search for your MP using the Westminster Accounts tool

All the information on donations is available through parliament’s register of interests, but Sky News and Tortoise Media have collated all the figures for the first time in one database, with total sums and details of which MPs are receiving how much money and from whom.

Sir Keir Starmer is top of the leaderboard for campaign donations, with £752,809 given to him by 67 companies and individuals.

His biggest equal donor is north London barrister Robert Latham, who gave his leadership campaign £100,000 to pull Labour “back from the brink” after the Corbyn years.

Media entrepreneur and Blairite Lord Waheed Alli also gave him £100,000 for his campaign.

In November, it was revealed Lord Alli will head up Labour’s fundraising efforts for the next election.

Rishi Sunak comes in behind Sir Keir with £546,043 in donations for his leadership campaign this summer, when he lost to Liz Truss before becoming prime minister when she stepped down.

His largest donor is Northern Ireland industrialist Chris Rea, who gave Mr Sunak’s campaign £100,000 after saying he was “horrified at the prospect of Liz Truss actually implementing her promises as I am numerate and it was clear to me that it would be bad for the UK”.

Donations for MPs not running for leader

Sky News has estimated it takes at least £250,000 to run a leadership campaign, which is reflected in the amounts and reasons given to those who ran.

Out of the top 10 highest donor recipients, seven ran for leader or deputy leader of their party.

But Labour’s shadow chancellor Rachel Reeves, and senior Tories Michael Gove and Brandon Lewis, all had more than £250,000 donated to them despite not running for leader.

Their donations are mainly to support their work and pay for staff.

Ms Reeves has received donations of £441,101 from a variety of individuals, including former Lloyds Bank chairman Sir Victor Blank and Lord Sainsbury, to pay for her staff, while others donated substantial sums so she could pay for research.

Levelling Up Secretary Mr Gove had £336,983 donated to him, including £100,000 from British-German property magnate Zachariasz Gertler and £20,000 from northeast property tycoon Alan Massie, both who have been long-time supporters of Mr Gove’s.

What are the rules on MPs receiving donations?

MPs receiving donations from companies and individuals is within the law but there are rules relating to how much and who can donate.

There is an onus on MPs to check donations – of money, goods, property or services – of more than £500 are from “permissible sources” and they must be reported to the Parliamentary Commissioner for Standards within 28 days of accepting them.

If an MP receives a donation from a source that is not permissible, including one they cannot identify, they must return it and let the Electoral Commission know within 30 days.

MPs can accept donations for a variety of reasons, including carrying out research on a policy they are promoting, holding constituency events to bring different groups together on an issue, visiting another country to understand how a policy works, and for running their office.

Donations can also be accepted for campaigning for an MP to be on a committee, campaigning for a party candidate to be selected and promoting policies with a view to their party adopting them.

Donor company set up by MP

That includes £40,500 from Norwich-based construction company Bateman Groundworks, whose founder Richard Bateman describes himself as a “disillusioned Tory”.

The former housing minister was also given £28,500 from developers Countrywide Developments and £25,000 by Lubov Chernukhin, the wife of a former Putin minister who is a British citizen.

Faith in Public Ltd was set up by evangelical Christian Mr Farron himself to, he says, fund support for his faith work, including work in parliament on homelessness and refugees, “Christian outreach” and “making the case for faith in the public square”.

The MP told Sky News the money from Faith in Public comes mainly from donations from two charitable trusts and two individuals.

Another notable name on the leaderboard is Jeremy Corbyn, who comes in at 18th with £210,616 in donations despite not running for leadership after stepping down in 2020 after five years as Labour leader.

His biggest donor, with £191,100, is JBC Defence which stands for Jeremy Bernard Corbyn Defence. It was set up and is funded by his supporters to pay for lawyers fighting libel action brought against Mr Corbyn.

British Gas takes action amid claims debt firm broke into homes to install prepay meters
Head of Epsom College found dead on school grounds along with husband and seven-year-old daughter
Puss In Boots is back, and new film’s ‘dark’ storyline has struck a chord with Antonio Banderas
Apple sales drop 5% in largest quarterly revenue decline since 2016
Sunak sets out yet more priorities with reshuffle – the public will wait to see what’s delivered