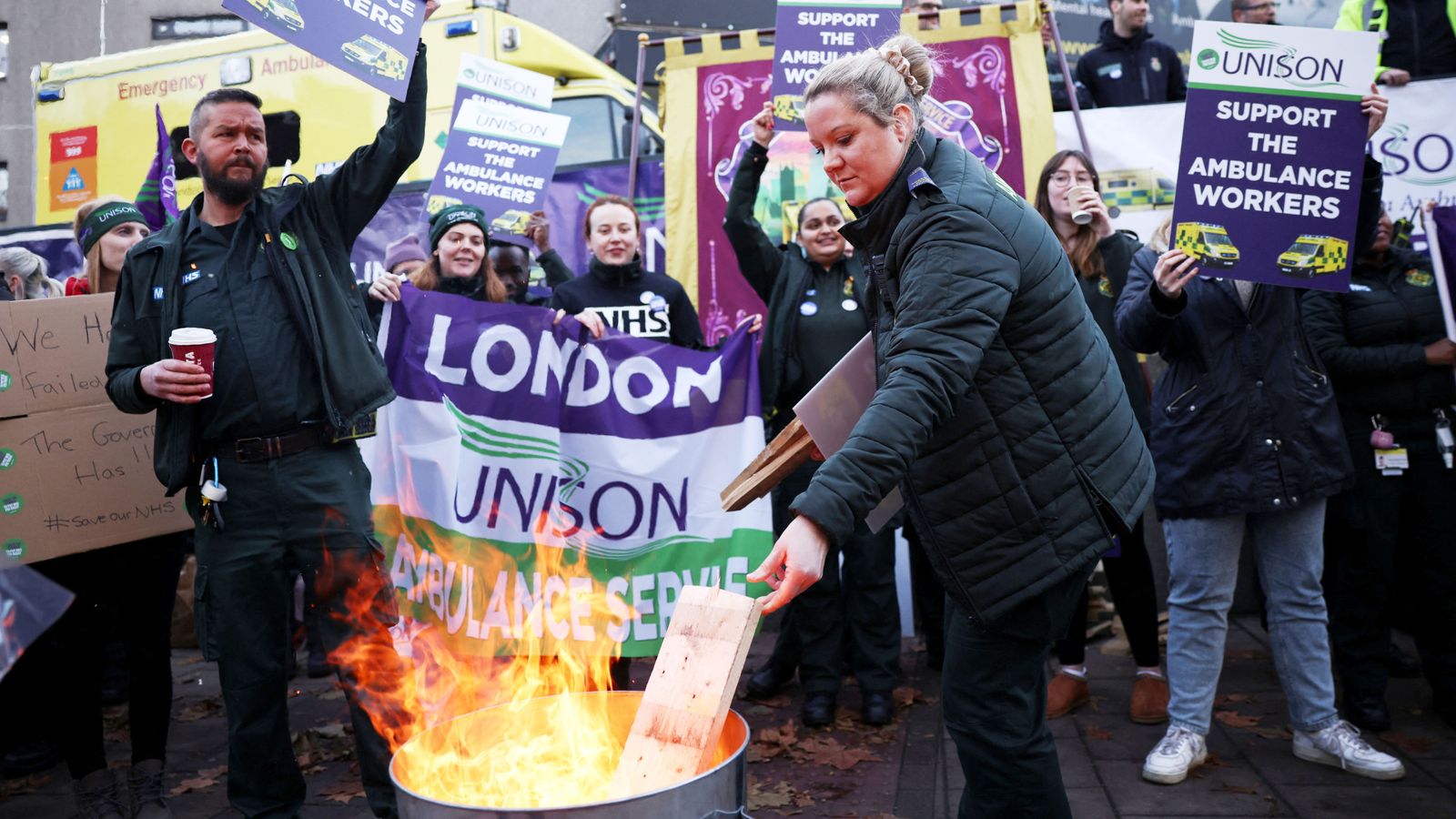 Ambulance unions placed people’s lives at risk when they refused to introduce countrywide minimum levels of service during strikes last month, the business secretary has said.

Grant Shapps hit out at ambulance workers for only agreeing on a local level to minimum service levels after he earlier told Sky News it was a “regional or postcode lottery”.

The business secretary introduced a bill to parliament on Monday afternoon that will mean unions representing key workers will have to agree to minimum levels of safety and service when their members go on strike.

Mr Shapps praised nurses for ensuring safe levels of cover were in place on a national level during pre-Christmas strikes.

The bill, if it gets made into law, will mean some trade union members would be required to continue working during a strike.

“The ambulance strike plans for tomorrow still do not have minimum safety levels in place and this will result in patchy emergency care for the British people.

“And this cannot continue.”

Labour has said it would repeal the bill, with Deputy Leader Angela Rayner telling the Commons the proposal will lead to nurses being sacked and is an “outright attack on the fundamental freedom of British people”.

She accused the government of “playing politics with nurses’ and teachers’ lives because they can’t stomach the cooperation and negotiation that’s needed”.

Unions have said the bill is “an attack on the right to strike”.

Mr Shapps told Sky News’ Kay Burley at Breakfast: “It works in places like France and Italy and Spain, Germany.

“Other places have minimum service or in some cases with the NHS safety type levels, which mean that if you call an ambulance, for example, you know that it will turn up if it’s a heart attack or stroke.”

Read more:
NHS strikes to go ahead after talks break down
Who is striking and when?

The Conservative party’s 2019 election manifesto already promised a minimum service law for public transport, with a bill introduced to parliament in October.

Now, the government wants to extend that requirement to five other areas – the NHS, education, fire and rescue, border security and nuclear decommissioning.

Under the law, employers could issue a “work notice” laying out the workforce they need so employees on the list would lose their right to protection from unfair dismissal if they went on strike.

Consultations over what exactly the minimum levels would be are set to begin soon and further details are due to be published next week when MPs will get a chance to debate the bill during its second reading in parliament. 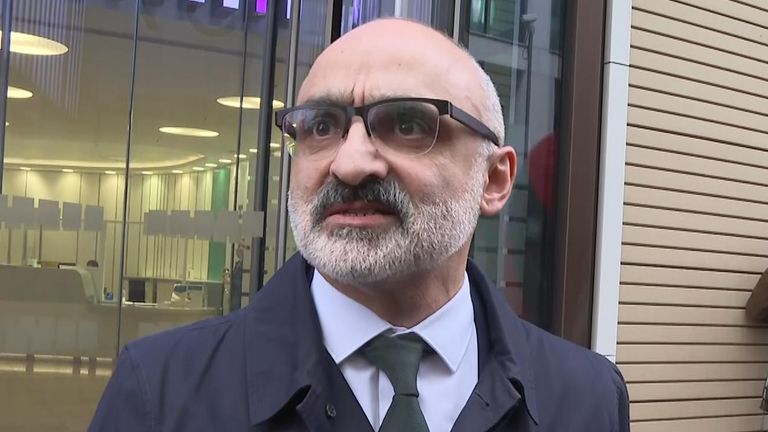 Unite: Strikes will go on

The Trades Union Congress (TUC), which represents all unions, said the bill is the “latest attack on the right to strike” and said it would make it harder for disputes to be resolved.

Mr Shapps’ bill is being introduced the day before ambulance workers – who are members of the GMB and Unison unions – go on strike after talks with Health Secretary Steve Barclay broke down on Monday.

Ambulance workers from Unison and Unite are set to strike again on 23 January, while nurses with the Royal College of Nursing union have said they will strike on 18 and 19 January.