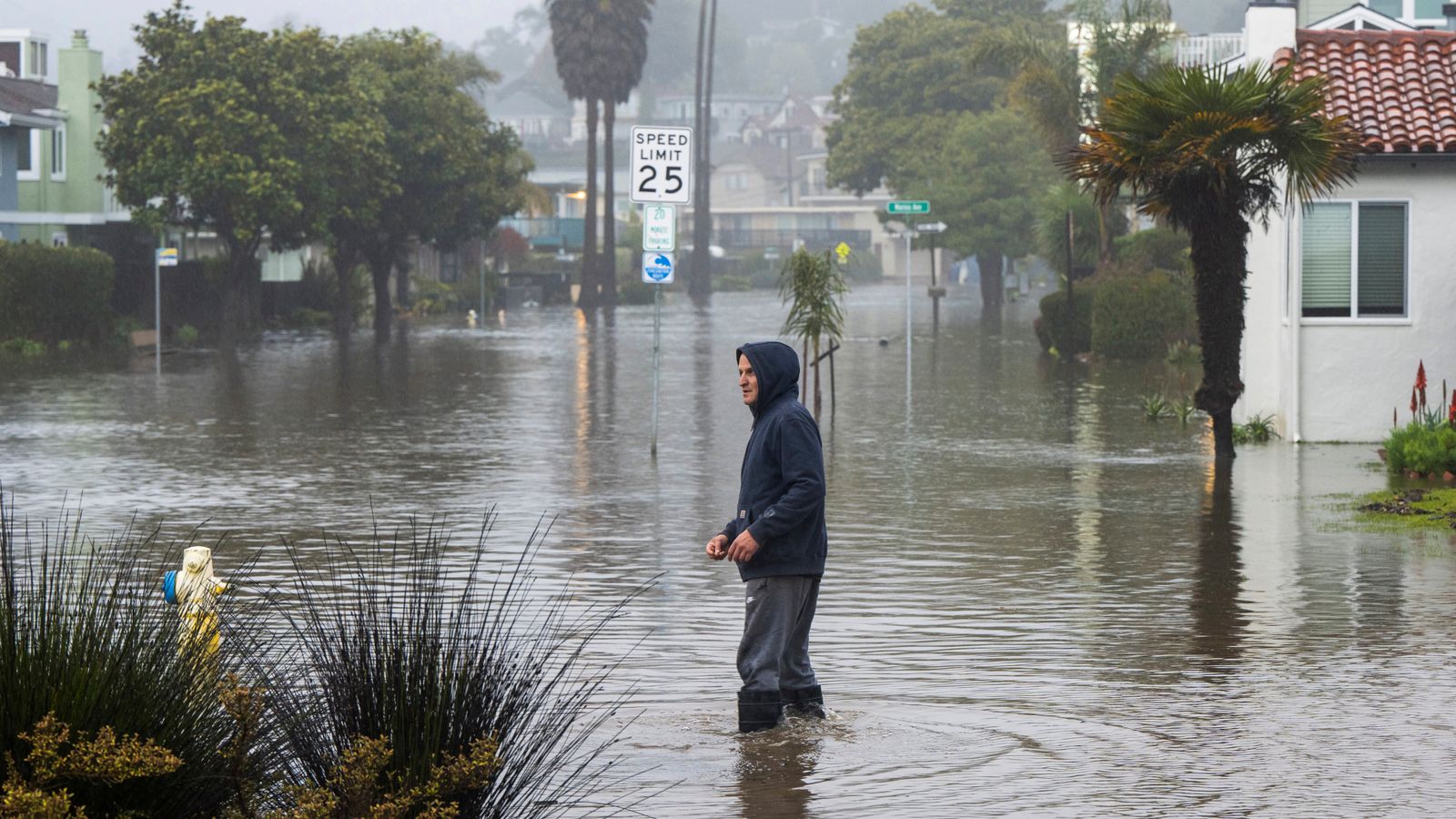 The entire community of Montecito and surrounding canyons have been ordered to evacuate after California was hits by severe storms.

The evacuation order, affecting about 10,000 people, came on the fifth anniversary of a mudslide that killed 23 and destroyed more than 100 homes in the coastal enclave.

Montecito is home to a host of celebrities, including the Duke and Duchess of Sussex.

Santa Barbara County Sheriff Bill Brown said the decision to evacuate came “based on the continuing high rate of rainfall with no indication that that is going to change before nightfall”.

Evacuation orders were also issued for around 32,000 residents of Santa Cruz County living near rapidly rising rivers and creeks, according to the deputy county administrative officer, Melodye Serino.

It comes as California continues to be hit by a series of powerful storms that have forced schools to close, toppled trees and left thousands without power.

The San Lorenzo River was declared at flood stage, and video on social media showed a neighbourhood flooded with muddy water surging up to a stop sign.

Mudslides in mountainous areas have blocked roads, and officials are urging residents to stay at home.

In northern California, several districts closed schools because of the storms.

More than 35,000 people remained without power in Sacramento, down from more than 350,000 a day earlier after gusts of 60mph knocked trees into power lines, according to the Sacramento Municipal Utility District.

The National Weather Service warned of a “relentless parade of atmospheric rivers” – long plumes of moisture stretching out into the Pacific Ocean which are capable of deluging vast quantities of rain.

The rain and snow expected over the next couple of days comes after the Golden State was walloped by storms that only last week knocked out power to thousands, flooded streets, and battered the coastline.

President Joe Biden issued an emergency declaration Monday for California to support storm response and relief efforts in more than a dozen counties including Sacramento, Santa Cruz and Los Angeles.

Governor Gavin Newsom said 12 people had died as a result the extreme weather during the past 10 days and warned that this week’s storms could be even more dangerous.

The warning came on the fifth anniversary of a mudslide that killed 23 people and destroyed more than 100 homes in the coastal community of Montecito following a powerful storm.

The first of the newest, heavier storms prompted the weather service to issue a flood watch for a large portion of Northern and Central California, with six to 12 inches of rain expected on Wednesday.

Read more:
What is a bomb cyclone?

About 70 miles south of San Francisco in the coastal community of Aptos, crews put down sandbags ahead of high tide after the area flooded last week.

In the Los Angeles area, stormy conditions were expected late on Monday and Tuesday, with the potential for as much as eight inches of rain.

Since Boxing Day, San Francisco has had more than 10 inches of rain, while Mammoth Mountain, a popular ski area in the Eastern Sierra, got nearly 10ft of snow, according to the National Weather Service.

Daniel Swain, a climate scientist at the University of California, Los Angeles, said Californians can expect to see a break in the rain after 18 January.

“That is my best guess right now, which is good because it will give the rivers in Northern California, and now in Central California, a chance to come down,” he said.