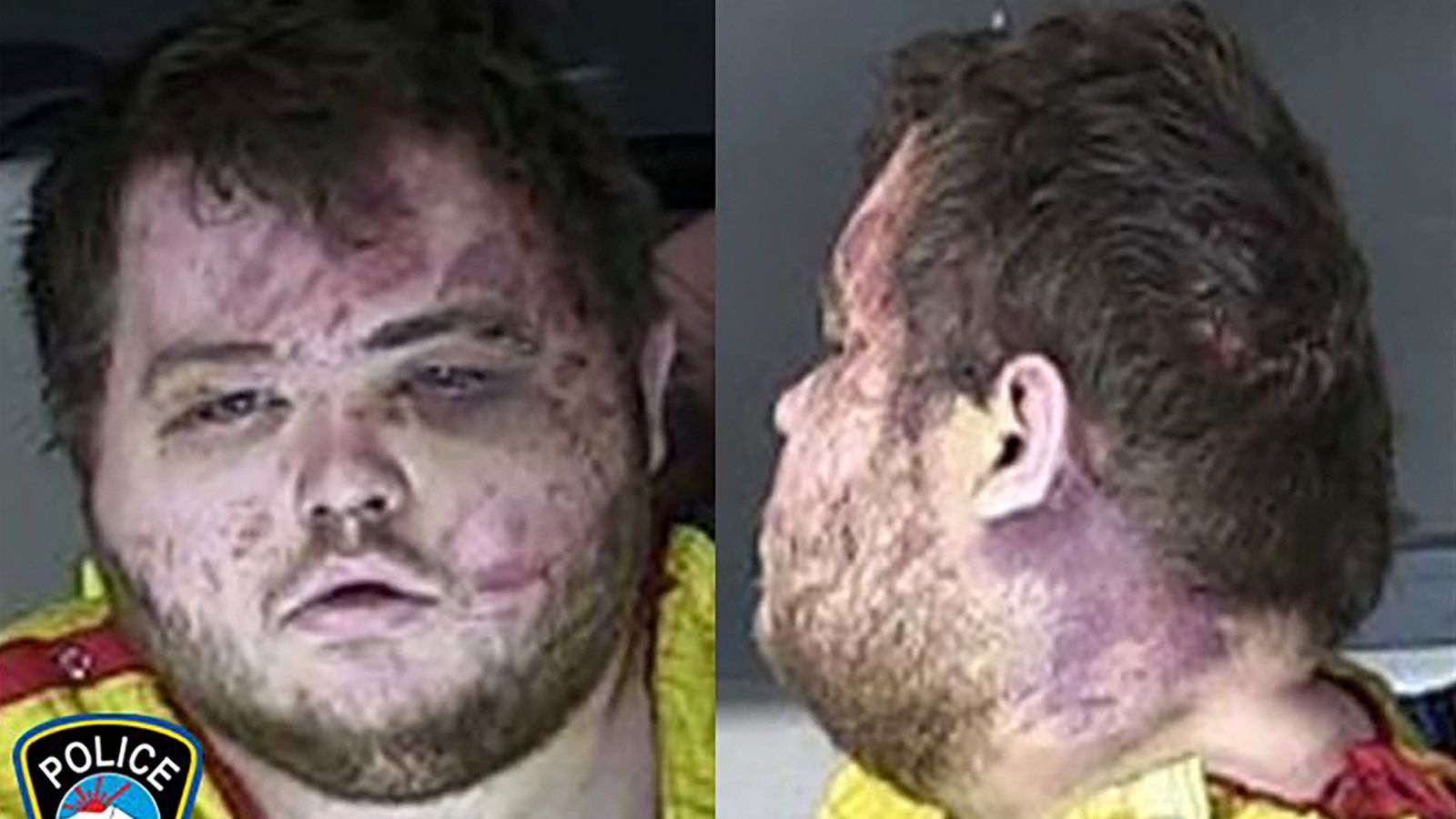 A suspect accused of killing five people at an LGBTQ nightclub in the US has been charged with murder, hate crimes and assault.

Anderson Lee Aldrich, 22, is accused of storming Club Q in Colorado Springs on 19 November during a drag queen’s birthday celebration.

During a hearing at El Paso District Court today, he sat upright in a chair and appeared alert.

Police and witnesses said a suspect barged into the club with a rifle and a handgun and opened fire indiscriminately.

Another 22 people suffered gunshot wounds or other injuries.

Mr Fierro told reporters that he disarmed the suspect and pistol-whipped him into submission.

In his custody photograph Aldrich has bruises to his face and neck.

If convicted of first-degree murder, Aldrich faces a mandatory life sentence without the possibility of parole.

If his case remains at state level, he will not face the death penalty as Colorado no longer has that on its statute book.

However, he could still face a death sentence in federal court if prosecutors decide to charge him with crimes under the US code.