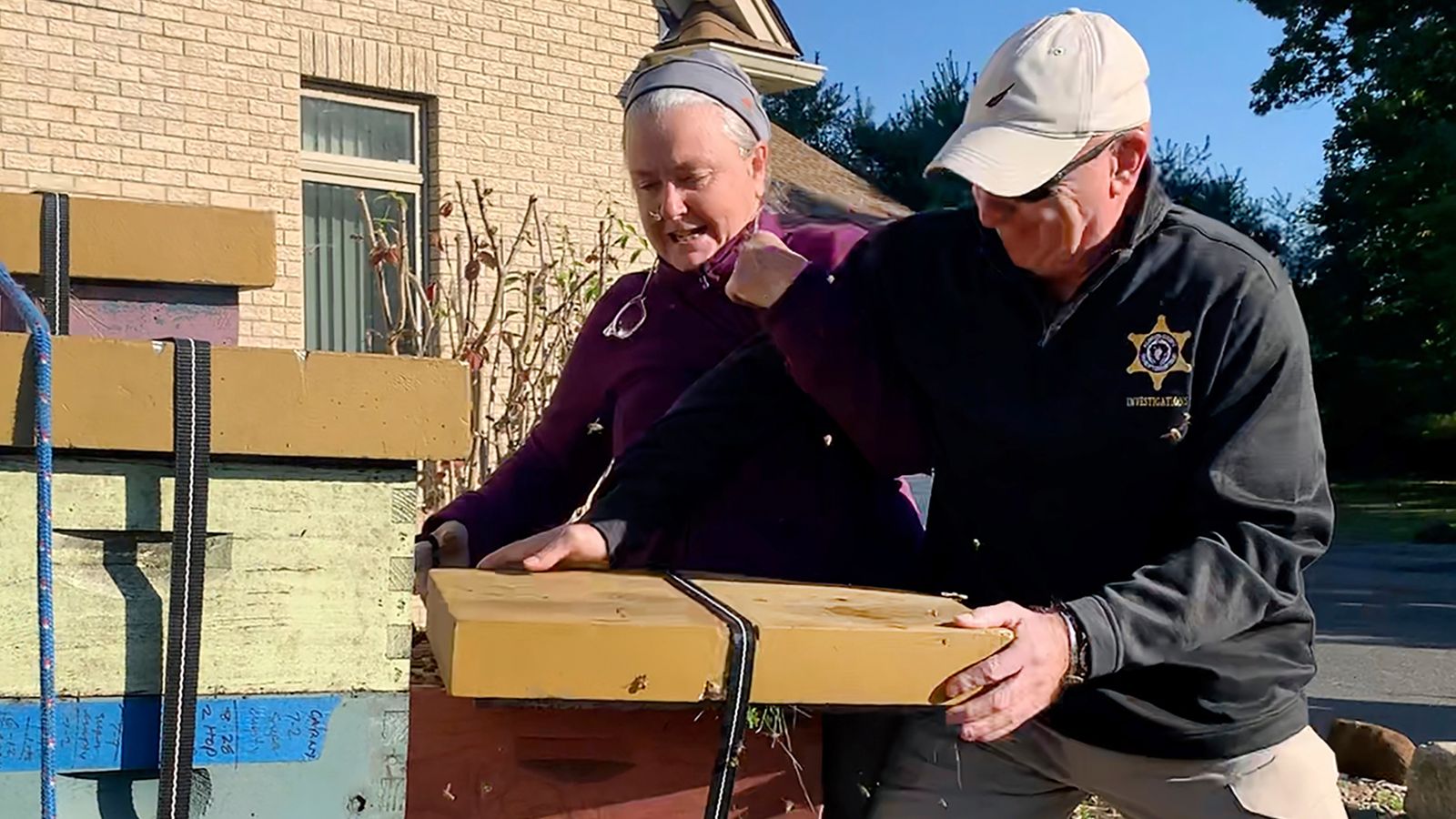 A 55-year-old Massachusetts woman is facing several assault and battery charges for allegedly releasing a swarm of bees on a group of sheriff’s deputies as they tried to serve an eviction notice.

Rorie Woods, who lives in Hadley, is accused of carrying out the attack while officers from Hampden County Sheriff’s Department were dealing with an eviction notice at a home in Longmeadow.

She arrived in an SUV towing a number of beehives and started “shaking” them, breaking the cover off one and causing hundreds of bees to swarm out and initially sting one deputy, in an effort to stop the eviction.

Woods put on a beekeeper’s suit to protect herself and was eventually arrested, but not before several more staff were stung, including three who are allergic to bees, an official department report said.

When Woods was told this, she replied “Oh, you’re allergic? Good,” according to the report.

Hampden County Sheriff Nick Cocchi said: “We had one staff member go to hospital, and, luckily, he was all right.”

He said Woods could have faced more serious charges if anything worse had happened to those stung.

She pleaded not guilty to the charges relating to the 12 October incident at Springfield District Court and was released without bail.

It is not known what connection Woods has to the property where the eviction notice was being served.