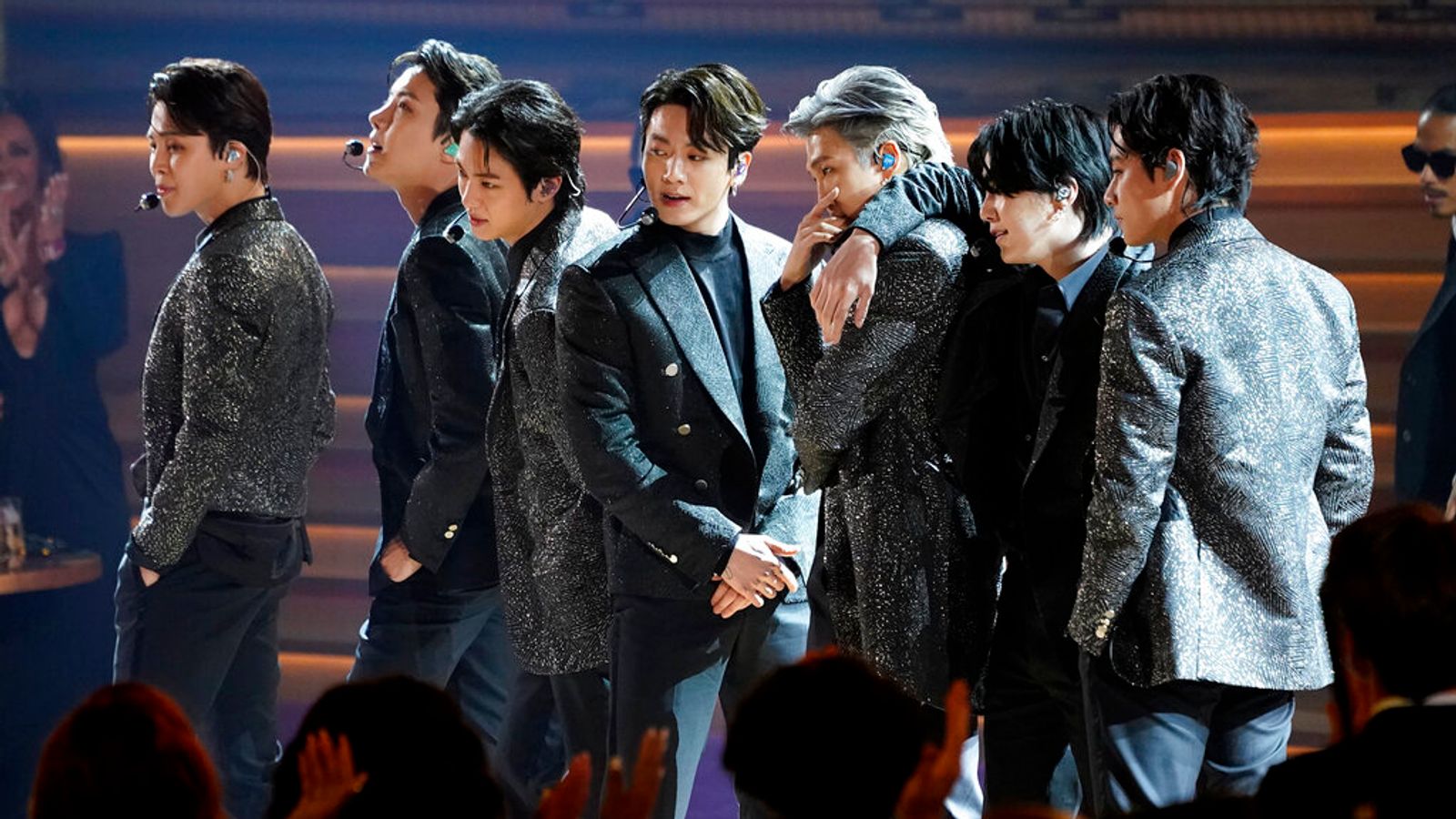 Members of K-pop band BTS are to fulfil their requirement to do military service in South Korea, their representatives say.

The band – RM, Jin, SUGA, j-hope, Jimin, V, and Jung Kook – will reconvene “around 2025” following their service commitment, the company said in a statement to Sky News.

All able-bodied men between the ages of 18 and 28 in South Korea must perform between 18 and 21 months of military service.

However, exemptions are made for athletes, classical and traditional musicians and dancers who have won top prizes in competitions which boost the prestige of the country.

In 2020, South Korea’s parliament passed a bill which allowed K-pop stars such as BTS to delay the upper age bracket for national service to 30, and there have been ongoing talks about whether the band should serve or be exempt.

However, they are now “moving forward with plans” to fulfil their service, Big Hit Music said.

The oldest member of the group, Jin, aged 29, will be the first to start.

“Group member Jin will initiate the process as soon as his schedule for his solo release is concluded at the end of October,” Big Hit’s statement said. “He will then follow the enlistment procedure of the Korean government.

“Other members of the group plan to carry out their military service based on their own individual plans.”

It added: “Both the company and the members of BTS are looking forward to reconvening as a group again around 2025 following their service commitment.”

The announcement comes after BTS reunited at the weekend for a free performance in the South Korean city of Busan to support its bid for World Expo 2030.

In June, the stars announced they were taking a break to pursue solo projects.

BTS, an acronym of Bangtan Sonyeondan – or Beyond The Scene – are a Grammy-nominated boyband formed in 2010.

Following the release of their debut single in 2013 they have become the biggest-selling music act in South Korean history, with millions of fans around the world.

In May, they met US President Joe Biden at the White House to discuss Asian inclusion and representation and to address hate crime against Asian people.

They have also won a host of awards and been nominated at ceremonies including the Brit Awards in the UK and the Grammys in the US, and in 2021 were named global recording artist of the year by the International Federation of the Phonographic Industry – becoming the first act to win the award for two consecutive years.

In 2019, they made history as the first Korean group to play Wembley Stadium, with their first night selling out in 90 minutes.

No further information on the timing of the band members’ military service has been given.

Lava is spilling toward a key Hawaiian highway
Will Judge sign today? Which NL West team could make a huge move? What we’re hearing at the winter meetings
CNN anchor speaks with swing voters in Georgia ahead of runoff
Toyota secures funding to develop hydrogen fuel cell version of its Hilux pickup in the UK
Conspiracy theorist who claimed Sandy Hook victims were actors says he’s bankrupt