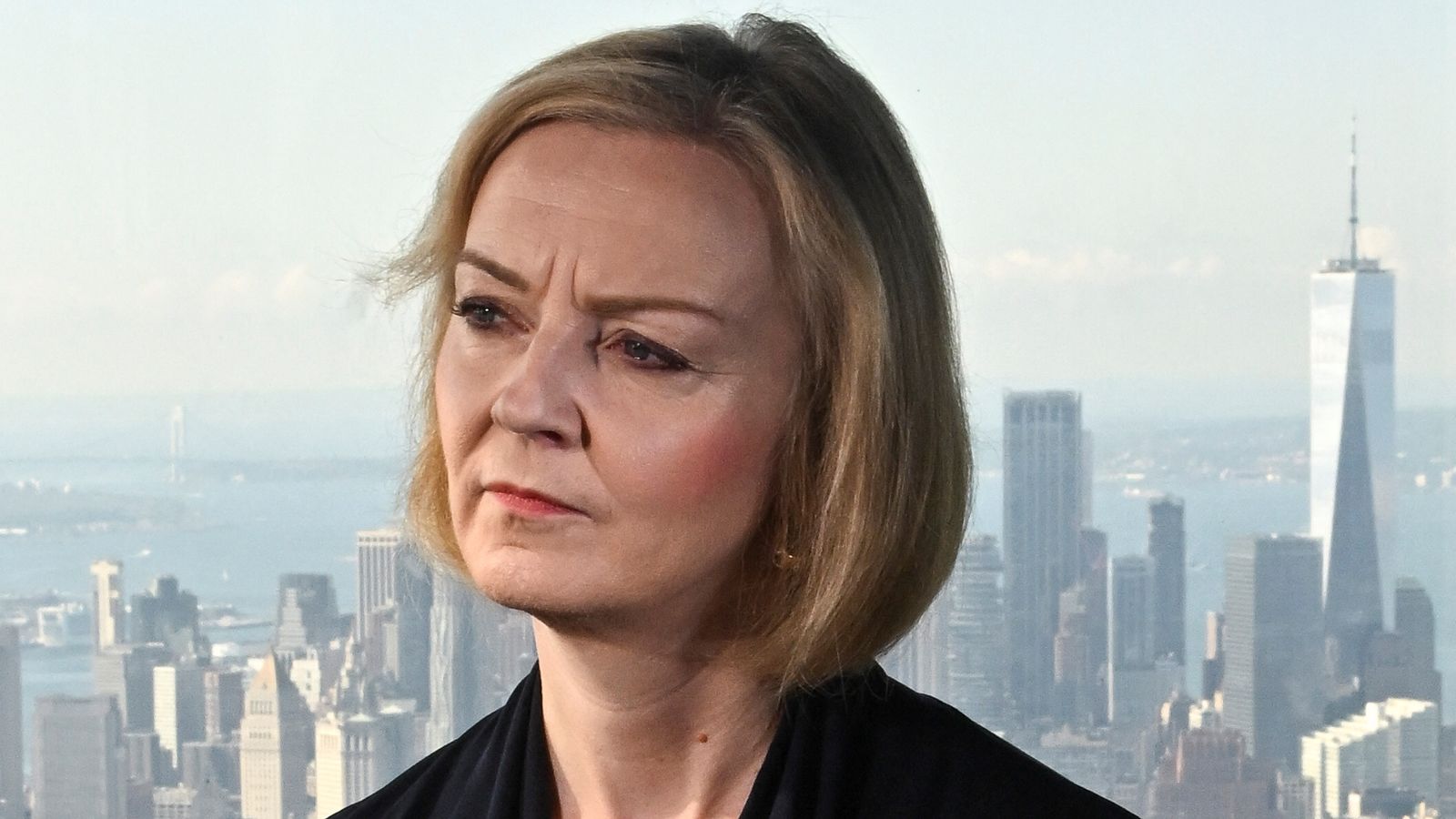 Liz Truss has said she is prepared to be unpopular with her tax policy as she believes it will ultimately benefit the British economy.

Talking to Sky News’ political editor Beth Rigby in New York, the prime minister defended any tax changes her government will make at the end of the week and said she will do what she has to do to get the economy growing again.

She also dismissed concerns around government plans to borrow more instead of taxing energy companies’ profits (a windfall tax) and said she does not accept cutting taxes is unfair.

Asked if she was prepared to be unpopular with her policies, Ms Truss said: “Yes, yes I am.

“And in order to get that economic growth, Britain has to be competitive.”

She said putting up taxes, placing “arbitrary taxes” on energy companies or having high corporation tax would result in a lack of investment and growth which she said “will ultimately damage opportunities in this country”.

Ms Truss defended reports that Chancellor Kwasi Kwarteng will scrap caps on bankers’ bonuses during a mini budget announcement on Friday as she blamed the UK’s “relatively low growth” on a lack of capital investment.

“We haven’t had enough capital investment and yet we have one of the world’s best financial services centres,” she said.

“So what I want to see is that money in the City of London put to good use across our country – and yes, I’m prepared to do what it takes to get that money flowing.”

Read more:
Truss promises UK will not ration energy – but higher bills are worth it to stand up to Russia
Spending more on military aid to Ukraine will cut energy bills, minister says

As she further laid the path for the bankers’ bonus announcement and tax-cutting, the PM said: “I don’t accept this argument that cutting taxes is somehow unfair.

“I mean, what we know is that people on higher incomes generally pay more tax.

“So when you reduce taxes, there is often a disproportionate benefit because those people are paying more taxes in the first place.

While the prime minister remained bullish about her tax policies, she did admit it will be a “tough winter”.

But she added: “I’m determined my government takes every step and strains every sinew to get the economy going, to make sure we have a successful economy and as a country we can weather this storm.

“We will get through it.”

Earlier in the day, the PM promised the UK would not bring in energy rationing this winter as some countries, such as Germany, have done.

She said the UK – and the West – “cannot jeopardise our security for the sake of cheap energy” as she pushed for other countries to commit to continue supporting Ukraine after announcing the UK will match the more than £2.3bn military aid it provided this year.

California-based startup unveils 58 MPH electric jet ski on hydrofoils
Neil deGrasse Tyson explains what NASA’s discovery means for life beyond Earth
Hear the promises Stewart Rhodes made to his lawyers before Oath Keepers trial
Why Silicon Valley is so hot on nuclear energy and what it means for the industry
Tesla (TSLA) gives $3,750 discount for Model 3/Y in the US this month