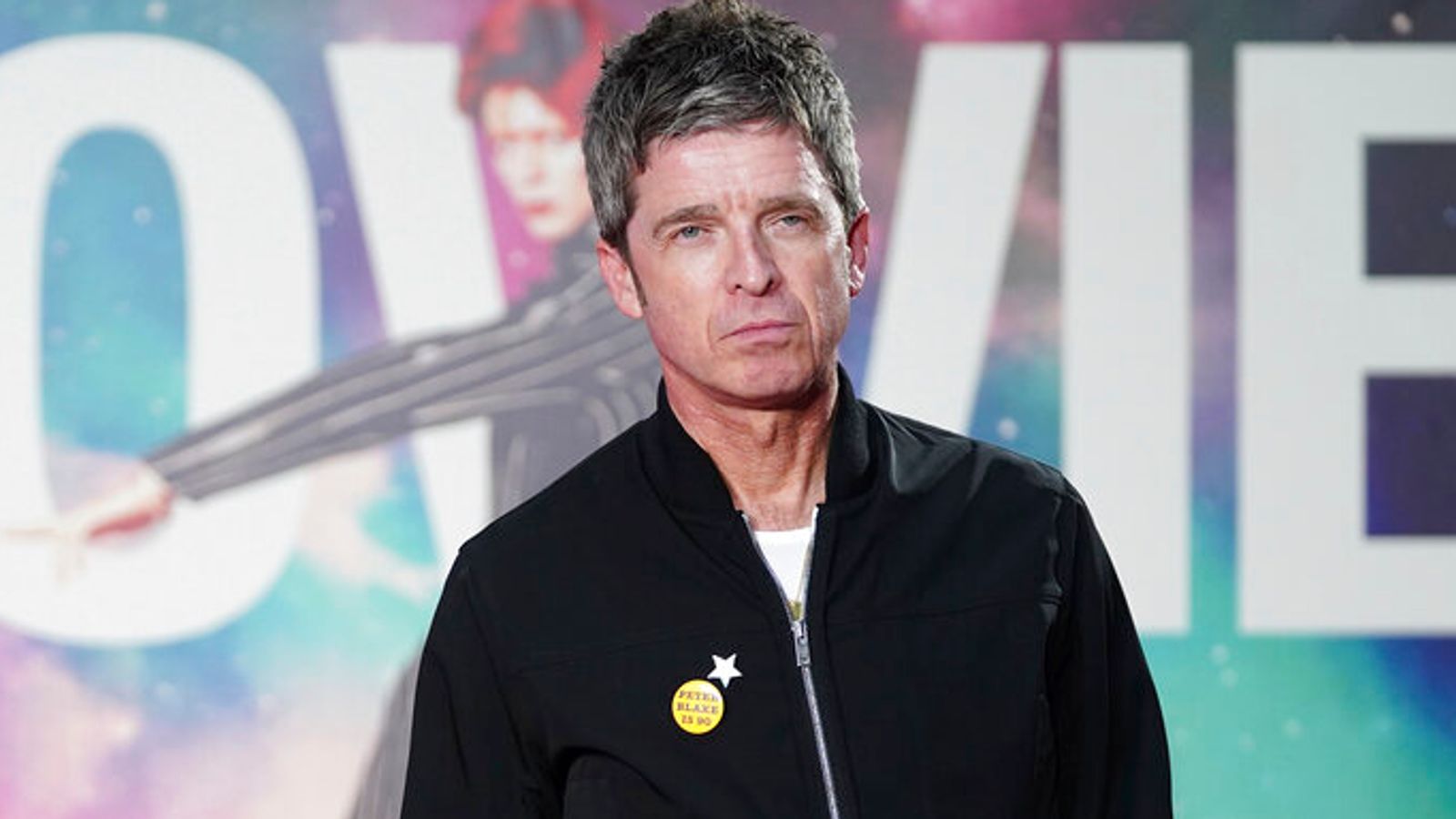 Noel Gallagher has told Sky News how David Bowie inspired him to step out of his comfort zone and “put himself out there” with his music, hailing the visionary singer-songwriter as “one of the all-time greats”.

The Oasis and High Flying Birds star was among the guests at the premiere of Moonage Daydream, the first officially sanctioned documentary on Bowie since his death from cancer in January 2016.

Told through previously unseen footage, performances and music, the feature-length film is guided by the Ziggy Stardust performer’s own narration.

Gallagher, who says he was lucky enough to meet Bowie during his career – and famously accepted an award on his behalf alongside Kate Moss at the Brits in 2014 – told Sky News he is more of a fan now than ever and that the star has “one of the most interesting stories in all of music”.

Speaking on the red carpet at the London premiere, he said: “My relationship’s purely through the music, really. I didn’t really know him that well. I was first aware of him in the ’80s, doing Let’s Dance and all that, and then going back, when I was getting more into music, going back in time.

“I’m a big fan. I was a big fan anyway, but he’s more of an influence on me now than he ever was. He’s one of the all-time greats.”

Gallagher said he looked to Bowie for inspiration when working on Who Built The Moon?, his third album with High Flying Birds.

“It was the first time I’d ever written in a studio, and he used to do it all the time, and my producer at the time was encouraging me to do that more,” he said. “He was kind of like, ‘listen to interviews by him, saying you’ve got to put yourself out there and be slightly unsure of what you’re doing’. That was a good point for where we were going at the time with our record.”

Gallagher is no stranger to being the subject of documentaries himself, having featured in the 2016 film Supersonic, about Oasis’s formative years and their rise to the height of their fame in the 1990s.

More recently, he could be heard in the Oasis Knebworth 1996 programme and seen in Sky Arts’ Out Of The Now, released in 2021 to celebrate 10 years of the High Flying Birds.

But he’s perhaps unlikely to see his appearances on many programmes, saying: “I don’t watch telly.”

Gallagher seems much more interested in watching Moonage Daydream than anything about himself.

However, asked what he would like a documentary telling his story at the end of his musical career to look like, he admitted he does want it to happen.

“I’d just like a story to be told at some point,” he said. “I’m not bothered how. I won’t be around to see it anyway.”

‘Everything became hyper-precious’: Jeff Bridges on his ‘health adventure’ following cancer diagnosis
The King and senior royals leave Westminster Hall
Ukrainian collaborators tortured me for Russia, father says
By-election triggered in strong Labour seat as MP who survived neo-Nazi murder plot resigns
Kia will produce electric vehicles in the US in 2024 to get EV tax credit