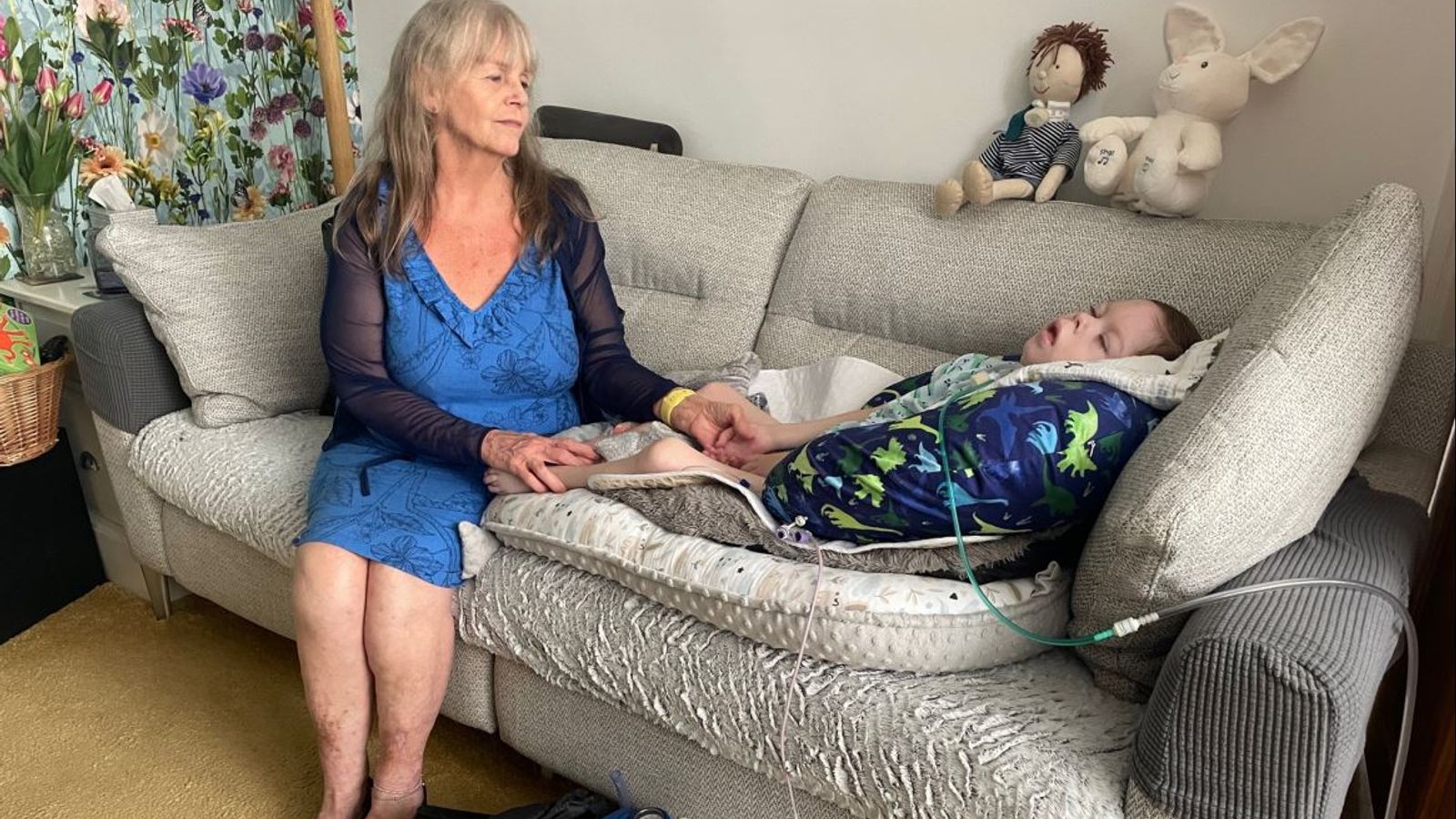 “Without the electricity, Isaac would die. That’s no exaggeration. So I have to pay, no matter what the cost.”

For Maxine Rothchester, keeping the power on in her house is literally a matter of life or death.

She has looked after Isaac since he was eight months old. He’s now nearly nine, but his condition means he has the mental age of a newborn and weighs just 11kg.

Since birth, he has suffered with Allan-Herndon-Dudley syndrome, an extremely rare condition that means he needs 24/7 care and specialist equipment to keep him alive.

“I, like a lot of parents with children who need this equipment, am terrified,” Maxine told Sky News.

“The equipment that we need is not a choice – it’s life for Isaac.

“He has a lift to get upstairs, we have a bath that goes up and down, we have a profiling bed, he’s on oxygen 24/7 – that’s run by a machine. Every aspect of his life is controlled by electricity.”

As Isaac’s full-time carer, Maxine cannot work elsewhere to increase her income. She is reliant on Universal Credit and help from the NHS.

“I have noticed them change already,” she said.

“We’re probably spending about £30 a week more than we were. I don’t quite know how we are going to cope when it all goes up again. Because the money coming in is going to stay the same (but) the money going out is going to be a lot more.”

Maxine added: “Yes, we do get disability living allowance, but that’s supposed to be there to cover things for Isaac like play equipment. It’s not meant to pay the household bills, which is what it’ll end up going on.”

Maxine said she has “nothing left to cut back”.

She continued: “I’ve got dogs, but I’m not going to get rid of my dogs, because that’s my sanity.

Maxine said she wants the government to outline clear and precise details of exactly what extra help will be offered to those struggling to pay their rising bills.

“To have a plan ahead of the next big rise would be a really good thing to help stop us worrying even more,” she said.

As we leave Maxine and Isaac, her parting words are a stark example of just how difficult increasing bills are for some: “I’m not asking for much, I’m just asking for help with power to keep my little boy alive.”