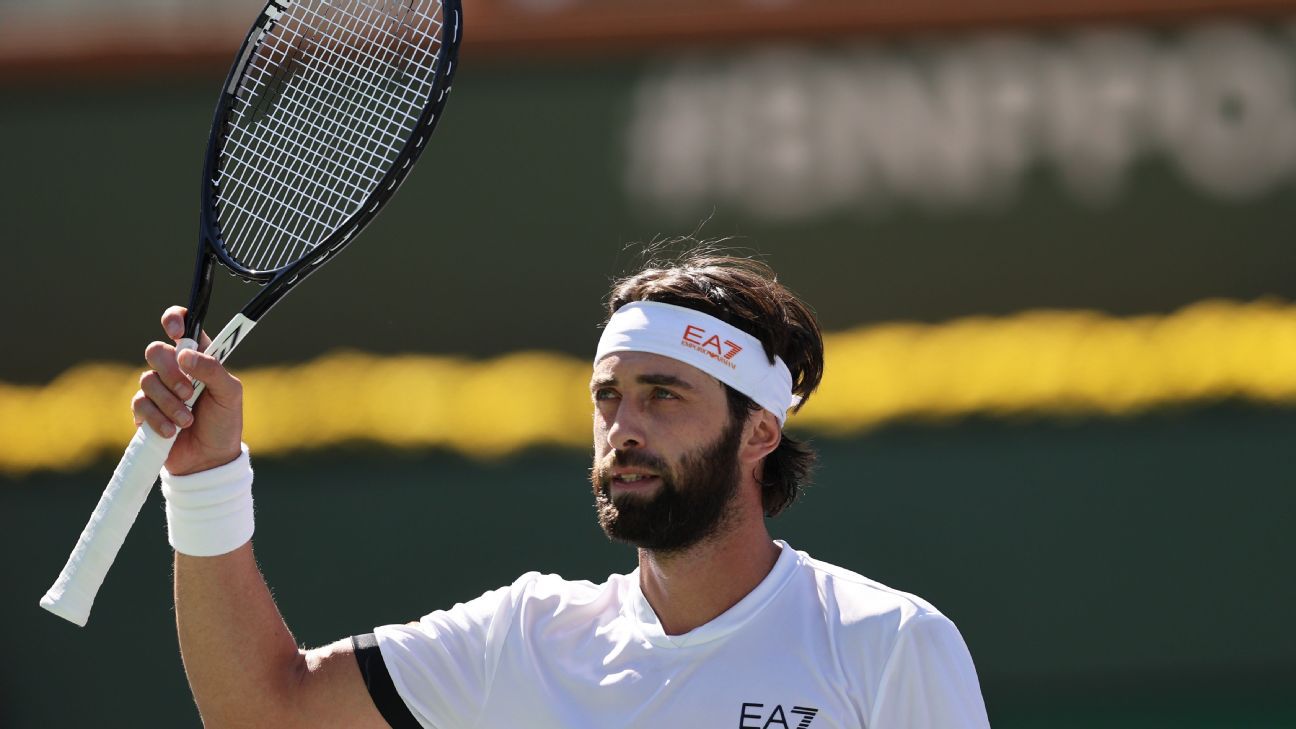 INDIAN WELLS, Calif. — Nikoloz Basilashvili outlasted No. 2 seed Stefanos Tsitsipas 6-4, 2-6, 6-4 Friday to move into the semifinals of the BNP Paribas Open with the biggest win of his career.

Basilashvili next plays either No. 3 Alexander Zverev or American Taylor Fritz, who met in a later quarterfinal at the Indian Wells Tennis Garden.

Ranked 36th in the world, Basilashvili’s previous biggest win came over then-No. 4 Juan Martin del Potro in the final at Beijing in 2018.

The 29-year-old from Georgia beat Tsitsipas for the first time in three tries. Ranked third, Tsitsipas has a leading 54 wins on the ATP Tour this year.

Basilashvili held at love to win the first set before Tsitsipas cruised through the second set.

In the third, Tsitsipas fell behind the baseline chasing a shot in the third game and came up limping. But the Greek shook it off and went on to break Basilashvili and then held for a 3-2 lead.

Basilashvili won three straight games for a 5-3 lead. Tsitsipas served three aces to trail 5-4. Basilashvili pulled out an ace of his own to set up match point and produced another big serve that Tsitsipas couldn’t return to close out the match in just over two hours.

Morrisons owner paves way for departure of veteran CEO Potts
‘Couldn’t be more excited’: Elton John to headline Glastonbury in last UK gig of final tour
Less mixing due to COVID may be behind increased Strep A infections, says expert, after six children die
OPEC+ to consider deeper oil output cuts ahead of Russia sanctions and proposed price cap
Meghan in tears as Harry bares soul in trailer for their new documentary