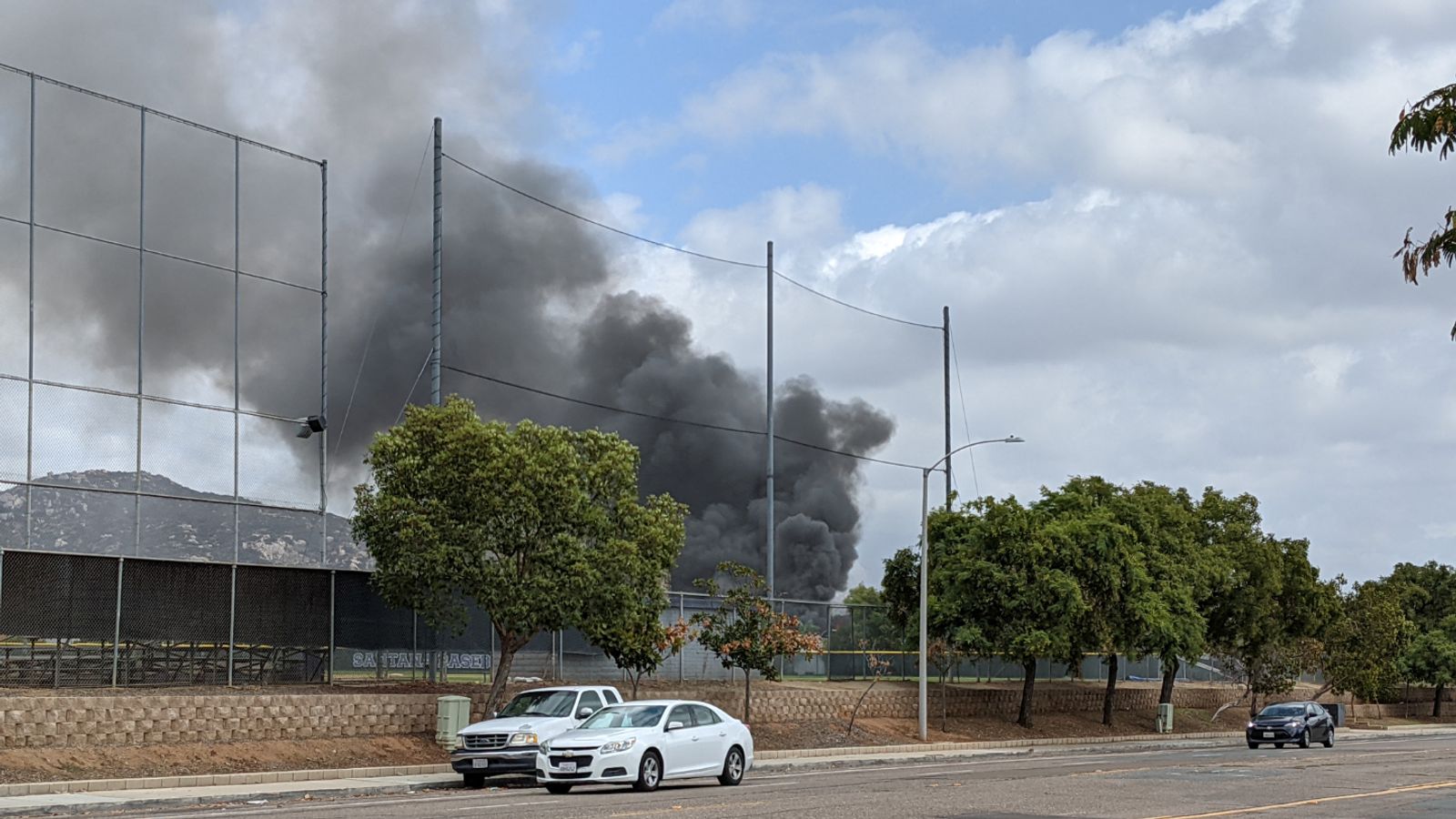 At least two people have been killed in a plane crash near San Diego, California.

Two homes were engulfed in flames and another ten damaged after the aircraft went down in a densely populated suburban area in Santee.

There were at least two people injured and several vehicles, including a UPS delivery truck, were set on fire.

Firefighters were able to put out the blaze before it spread to more homes.

UPS confirmed that one of its drivers had died, adding: “We are heartbroken by the loss of our employee.”

The plane, a twin-engine Cessna C340, was believed to be a private aircraft flying between Yuma, Arizona, and Montgomery-Gibbs Executive Airport in San Diego, according to the local fire department.

The crash site is a few miles north of a small San Diego County airport called Gillespie Field and NBC San Diego reported that the plane ran into difficulties when it tried to land there.

Additional details about who was on board were not immediately available, though Santee’s deputy fire chief Justin Matsushita said “the injuries are non-survivable for anyone that was on that plane”.

“Not to be too graphic, but it’s a pretty brutal scene,” he said as his colleagues searched the ruins.

The crash happened about three blocks from Santana High School, which said all of its students were safe.

Witnesses said they saw a retired couple being rescued from one of the homes that was destroyed.

Michael Keeley felt his home shake when the crash happened and ran barefoot outside to find one of his neighbours calling for help from inside her burning home.

The 43-year-old stood on a rock and helped the woman climb out of the window.

Her forearms were burnt and her hair was singed, Mr Keeley said, adding: “She kept saying, ‘my puppy, my puppy’.”

He heard explosions inside the home moments later.

The woman’s husband was saved from their backyard by other neighbours who knocked out fencing.

Andrew Pelloth, 30, was among them, and said the sound of the crash was so loud he thought it was a meteorite.

The Federal Aviation Administration and the National Transportation Safety Board have launched an investigation.

Top Saudi oil firm sees 90% surge in net profits for second quarter of 2022
Russia’s latest strategy shift in Ukraine explained
Why the FBI has raided Trump’s estate – and what it is investigating
Russian warplanes destroyed in Crimea airbase attack, satellite images show
National average for a gallon of gas drops below $4