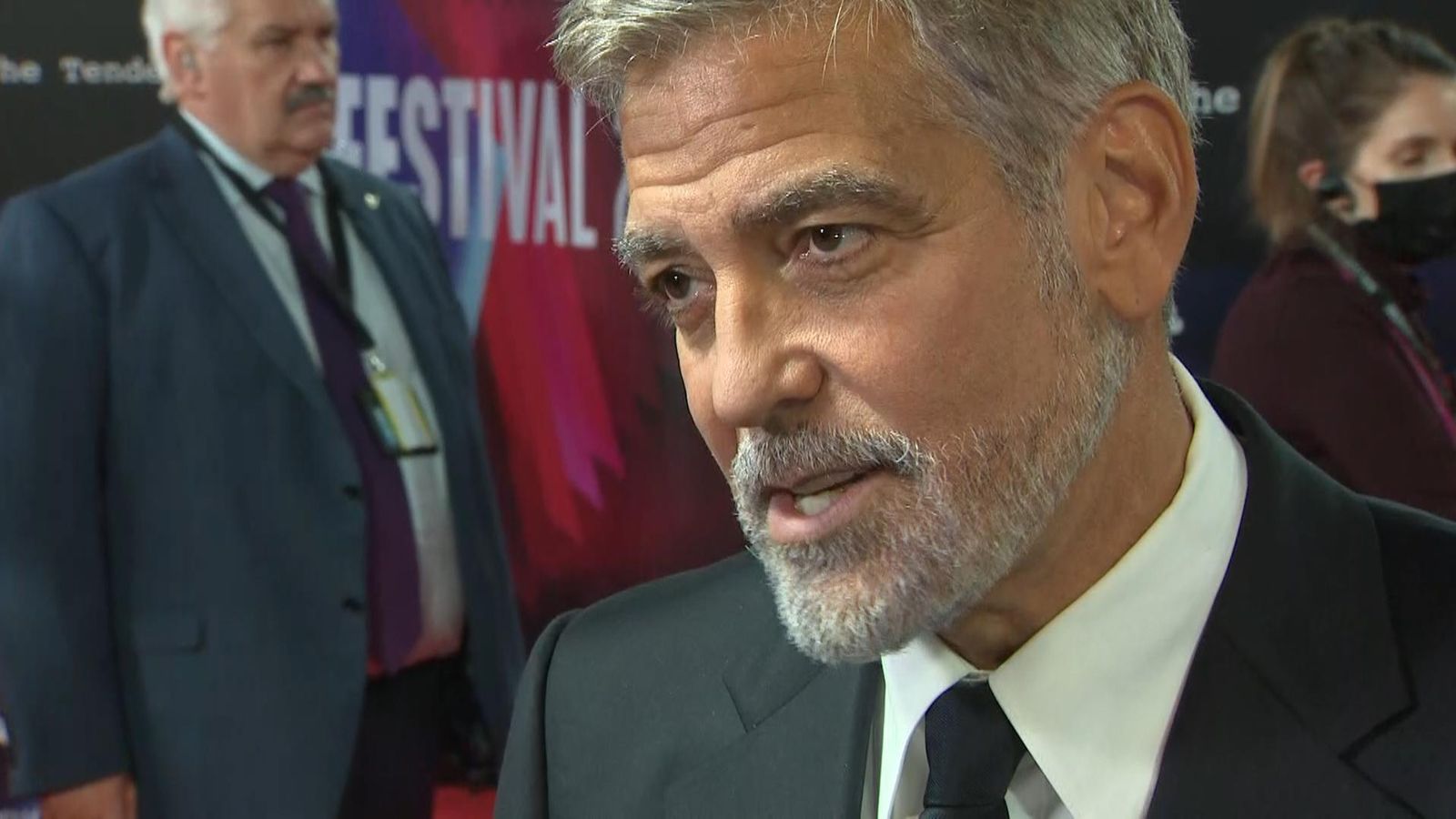 George Clooney has told Sky News he’s “hopeful” but “not all that optimistic” that meaningful change will come out of COP26, the UN’s climate change conference, at the end of the month.

While the American actor, director and environmentalist acknowledges the US’s failings when it comes to environmental policy, he also says he’s not confident the summit, which will be held in Glasgow from 31 October, will lead to much progress.

“There’s a better chance here than we’ve had in the United States recently because our Congress lives in a bit of a state of denial,” he said.

“It used to not be a political situation, Nixon used to do something about this, quite honestly, so I’m disappointed with the way and the direction that our Congress has gone.

“I’m hopeful that more will be done here, I think some will, but I’m not, I’m not all that optimistic about it – I don’t know, I’d like to be, I’m a pretty optimistic guy.”

The star was speaking at the UK premiere of The Tender Bar, which he directed.

The movie is a coming-of-age story based on a memoir by J R Moehringer, an American journalist who won a Pulitzer Prize.

One of the lead roles, played by Ben Affleck, would have once been Clooney’s – something the filmmaker, who recently turned 60, is philosophical about.

“The only thing you can do that’s dumb is try to hold on to things that you aren’t anymore, right? You know, there was a picture, I was in Italy and somebody took a picture of me – I think it was a paparazzi picture on the boat, and I saw this old, grey-haired guy on the boat and I was like ‘who is that?’ And it was me!” he said.

“If you don’t really have some understanding of time and ageing, then I think you’ll constantly try to do things that you know are past your due date.

“I’m really enjoying it, I don’t mind, it’s fun to watch Ben step into a role that 15 years ago I would have felt right for.”

Production on The Tender Bar was impacted by the COVID-19 pandemic, and Clooney says like everyone else that his world has been changed by the events of the last 18 months.

“It changed everybody, right? Suddenly, we think Zooming is OK, I haven’t seen anybody in person – it’s the first time I’ve put on a suit in two years… I was afraid it wouldn’t fit,” he said.

“But you know, it’s a funny thing, it also reminds us of how resilient we are – I just saw a picture of all these kids during the London Blitz, and they’re all wearing those huge gas masks, 500 kids with those gas masks, and you go ‘well, if they could do it, we can do it – we’ll figure it out’.”

The Tender Bar will be released in select cinemas in December, and will stream on Amazon Prime Video in January 2022.

Ex-chancellor Lord Hammond enlisted by new £1bn UK fintech fund
Japanese shipping giant to take part in tidal power project planned for Singapore
Monkeypox – how does it spread and what are the symptoms?
Calls for emergency increase to Universal Credit as report finds some families £1,600 worse off
Campaigners call for 25p cut in fuel duty to ease cost of living crisis