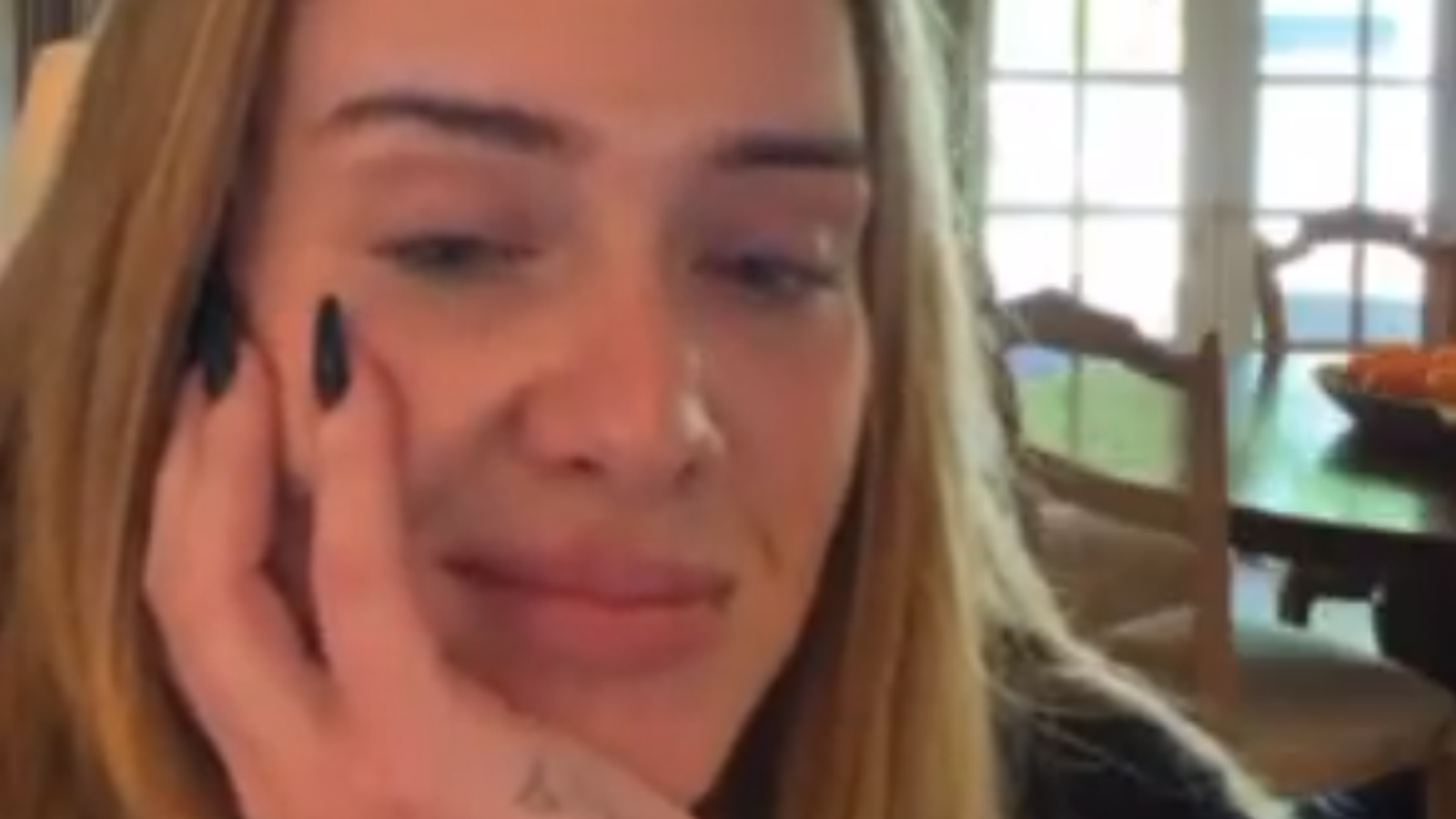 Adele has released a surprise sneak peek of her new single on social media to the delight of fans.

The Someone Like You and Hello singer broadcast an Instagram Live video in which she gave a glimpse of her comeback track Easy On Me.

She admitted she “might get in trouble for playing it” and later said as she answered questions: “My phone’s already buzzing, I’m [gonna] get in trouble.”

“Oop me phones already buzzing, I’m gonna get in trouble”. – Adele after she played a snippet of “Easy On Me” on her Instagram Live. pic.twitter.com/AiS0MP3dUR

Adele had previously shared the opening bars of the new single on Twitter.

During the live stream, the singer appeared to struggle with the technology and said she would get taught how to use Instagram Live before trying it again.

She also answered several questions from fans during the video.

Asked if she misses being in the UK, Adele responded: “Of course, I miss the UK. So much.

“I’m normally there way more than recently, but because of all the travelling restrictions, I haven’t been able to go.”

She added: “I’m not in London, no, I’m in LA. I can’t get there because of all the travel restrictions. It’s a nightmare.”

She was also asked about her appearance on US comedy show Saturday Night Live, to which she said: “They want you to be all panicky and stuff like that about how live it is.

“The show changes up until about half an hour before the actual show goes out live.

“But I loved it and I would definitely host it again.”

Adele has not released an album since 25 in 2015, but has confirmed she is working on a new record. All three of her previous studio albums have been named after the milestone ages she hit during the creative process.

Earlier this week, the singer appeared on the cover of the British and American editions of Vogue magazine in the first collaboration of its kind in the magazine’s 129-year history.

Each edition of the magazine featured a different fashion shoot and interview.

In the interview with British Vogue, the singer-songwriter said she recorded her latest album to explain her divorce to her young son.

The 33-year-old, who split from charity executive Simon Konecki, described the new album as “sensitive”.

“I just felt like I wanted to explain to him, through this record, when he’s in his twenties or thirties, who I am and why I voluntarily chose to dismantle his entire life in the pursuit of my own happiness,” Adele said, referring to her
nine-year-old son, Angelo.

“It made him really unhappy sometimes. And that’s a real wound for me that I don’t know if I’ll ever be able to heal.”

She added: “It’s sensitive for me, this record, just in how much I love it.”

Senator responds to Lindsey Graham’s threat about bill
Teofimo Lopez won, but is he a threat at 140 pounds? Maybe not just yet
PM admits cost of living support is not enough – but no new measures announced
Expectation high as £16m-an-episode Game Of Thrones prequel is ready to hit screens
Britney Spears’ ex-husband convicted of ‘crashing’ her wedding