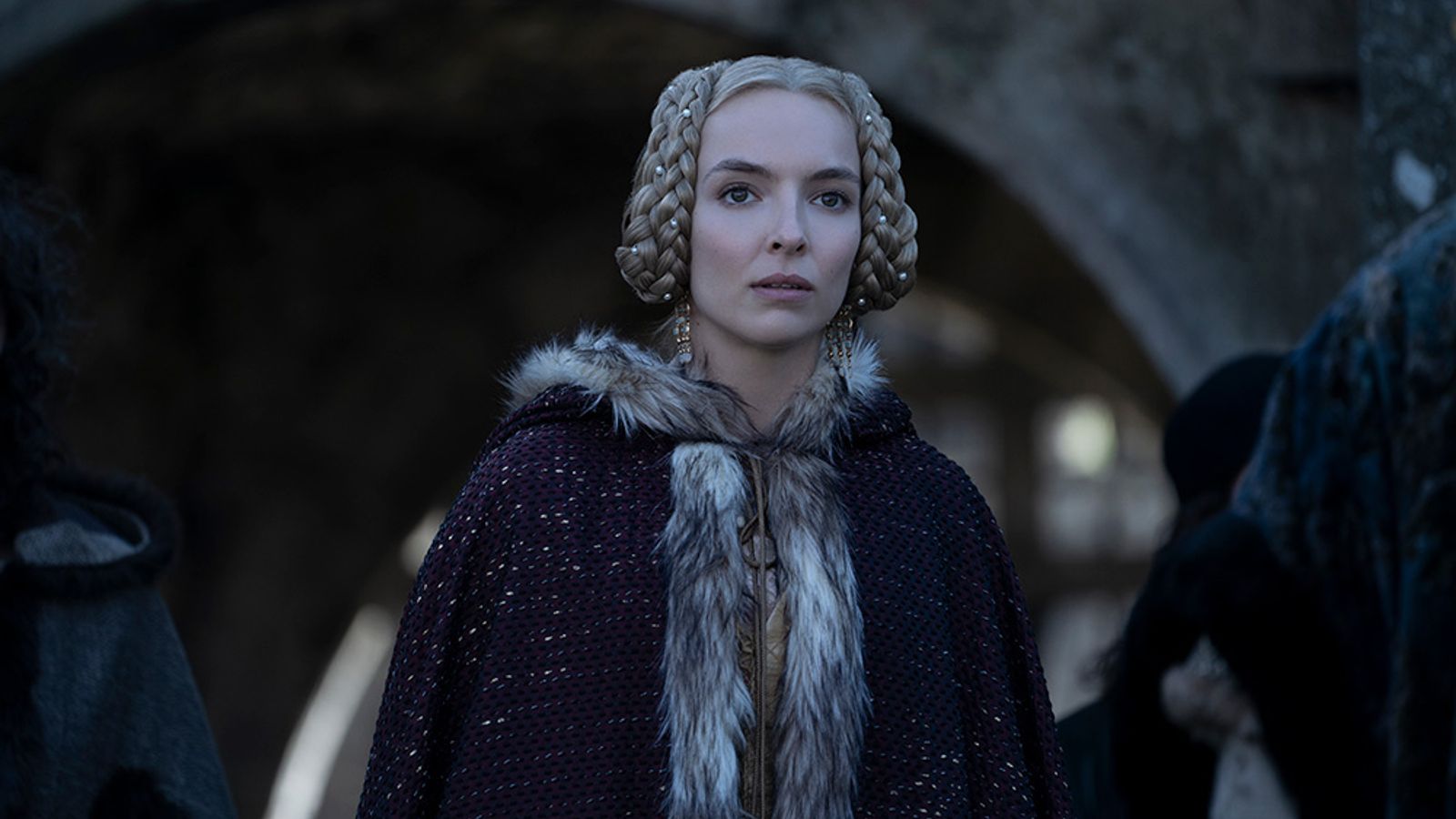 The Last Duel is based on real events – set in 14th century France it tells the story of what led to the final time a battle between two men was held in order to settle a dispute.

This article contains discussions of rape and sexual assault.

The issue they are fighting over is whether one raped the other’s wife, and the film is split in to three distinct parts in order for the story – and the truth – to unfold to viewers.

“I always felt the most fascinating thing about the big idea was it was one event told from three different points of view,” the filmmaker said.

“And that to me, was the heart of this matter, because then it sets up the discussion: ‘Was it complicit? Was it violence? Was it rape? And what was it in the mind of a husband?’ So that, to me, is one of the reasons why I did the film.

“Not the visual, not the picture, not the medieval s*** – it’s actually to do with what is the story? I develop most of my own material, so it’s always about what is the heart of the matter.”

The movie has an A-list cast with Adam Driver and Matt Damon playing the men at odds with one another.

Jodie Comer takes on the role of Marguerite – the noble woman who wants to see justice for the crime committed against her.

The plot device means there is more than one rape scene, and Comer said she prepared for those by really trying to understand how the French woman must have felt.

“It’s funny because I always struggle when someone asks about my preparation for something, because I think a lot of how I kind of navigate is instinctive,” she said.

“The night before we shot those scenes, Ridley, myself and Adam, we went to the studio, we got on the set and we blocked it out physically – there was no line reading, there was no acting, there was no emotion, it was purely to kind of set the movement of the scene, and then the next day we shot it.

“So a lot of it goes unsaid, honestly, I think it was always just trying to really make sure that this was an authentic portrayal, that it wasn’t gratuitous, that it was moving the story forward and it was telling a story.”

Scott said those scenes are a testament to Comer’s abilities, saying: “The job of a director is to cast really well, and when you cast really well, it’s a bit like taking a pebble and throwing it into a pool of still water and seeing what happens, having discussed it.”

“And therefore a lot of it becomes intuitive at that moment, and that’s the fine tuning of great acting, great actors.”

The Last Duel is out in cinemas in the UK on 15 October. Hear the full interview in the new episode of Backstage – the film and TV podcast from Sky News.