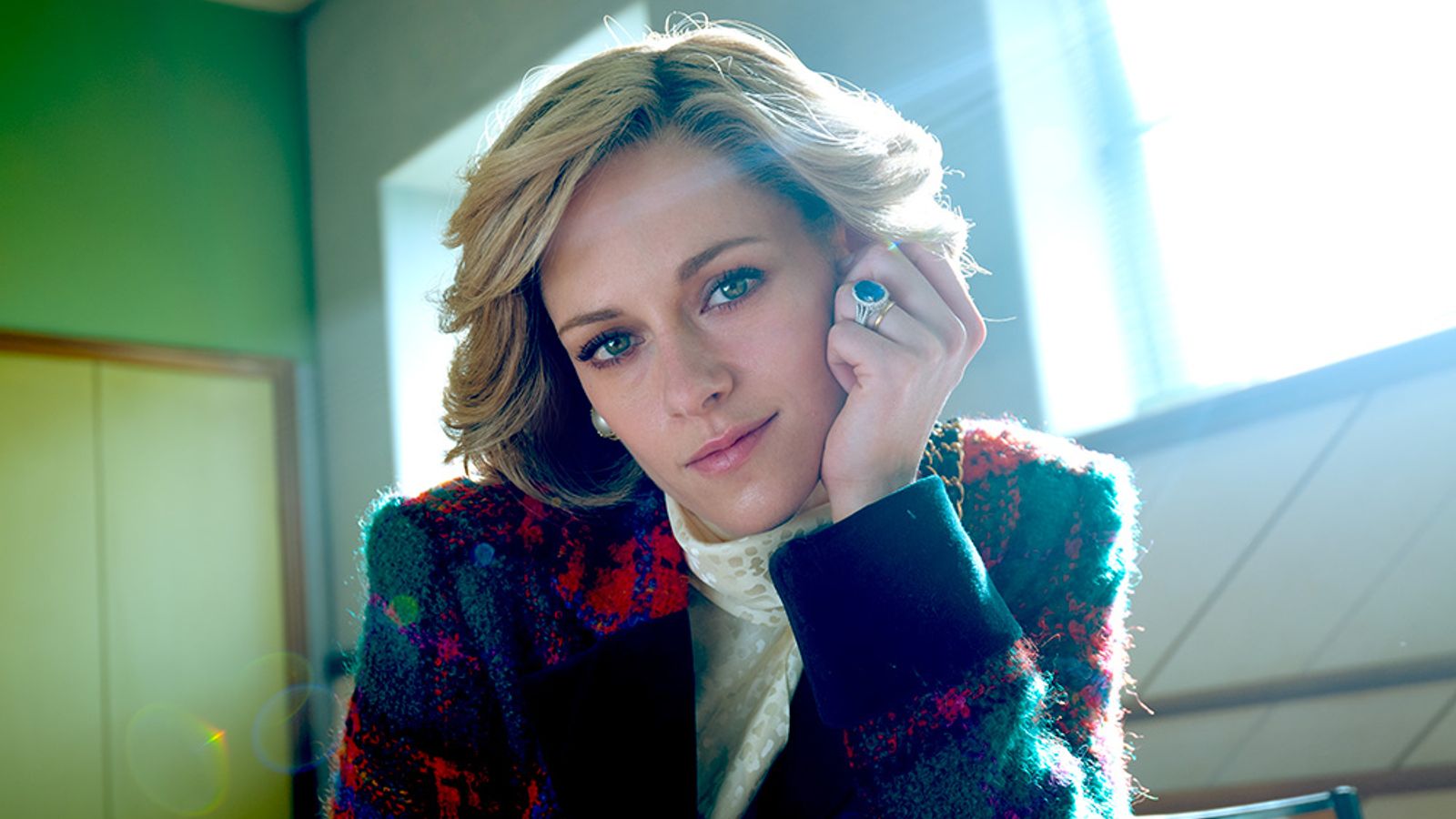 While speculation over whether the Queen watches The Crown rarely abates, the Royals as a rule say they don’t watch fiction based on their lives

But that doesn’t stop actors worrying about how their performances will be judged by the Royal family, and indeed impact on their legacy.

In Spencer, Pablo Larrain’s highly anticipated new film about Diana, Kristen Stewart hopes Princes William and Harry might forgive any sense of invasion (when it comes to seemingly endless TV and film portrayals of their mother) because of a governing sense of empathy in how she approached the role.

“I’m obsessed with her – I love her so much,” Stewart told Sky News.

“We came to this with a lot of curiosity, and they’ve [William and Harry] endured that curiosity worldwide their whole lives, and so I’m sure that they’re used to it, but it’s not their favourite thing.

“But having said that, it is sort of their jobs and I can relate to that.

“I think that you can see that in the both of them, they are, seemingly from the outside, very different people that are kind of forging a path, and that’s her I see her in them and that could sound really kooky – I’m sure that that sounds crazy to them.

The media scrutiny Kristen Stewart faced over her Twilight years was on an arguably on an unprecedented scale.

Perhaps not on a par with that Princess Diana endured, but still making Stewart, potentially the one of the best castings of the people’s princess to date.

“People always say ‘what do you do when people take your picture? You’re an actress’, it’s like, through my bedroom window,” says the 31-year-old.

While Stewart accepts she has a level of understanding when it comes to being hounded by the press, the comparison between her experience and Diana’s is limited.

“It’s difficult to compare because… she was a figurehead… Her job was to kind of uphold that ideal. I’m allowed to make mistakes and choices, and therefore the pictures feel invasive, sure, but just less… I feel very lucky to not have a crushing responsibility to be a certain way.

“I’m constantly asked moral questions in interviews, and it’s not my job to be right or wrong about things and teach people.

“I’m not a queen, I’m not a princess – it must have been heavy, and it’s like the fact that they’re able to make that choice.”

As the latest in a long line of actresses to play Diana from Naomi Watts to Emma Corrin, this is unlikely to be the last film made about Diana, as the level of interest in female royal “rebels” – whether Princess Diana or Meghan Markle – remains relentless, perhaps because they encapsulate the challenges in being a woman standing up to authority.

Stewart admits the captivation is beyond her, but maybe everyone just loves the one who dares to rock the boat.

“There are people that don’t want things to change. They do, and everyone falls in a different side. I think people have been curious about the royal family forever, the adjacent kind of celebrity of it all. There’s also a sort of hunger for that… we want things to look up to, we want aspiration, and that’s a hefty load to carry.

“I completely understand why people are so curious, it’s fascinating”.

Spencer will premiere at the London Film Festival and is released in cinemas across the UK on 5 November.

Pink Floyd co-founder explains meaning behind warning at the top of his show
‘Magnificent legacy’: Beloved children’s author behind The Snowman dies
Should I keep saving for my pension or use the money to pay for rising costs?
Record number of jobs being advertised – with actors and dancers in high demand
Slower inflation growth eases pressure on US Fed to hike interest rates