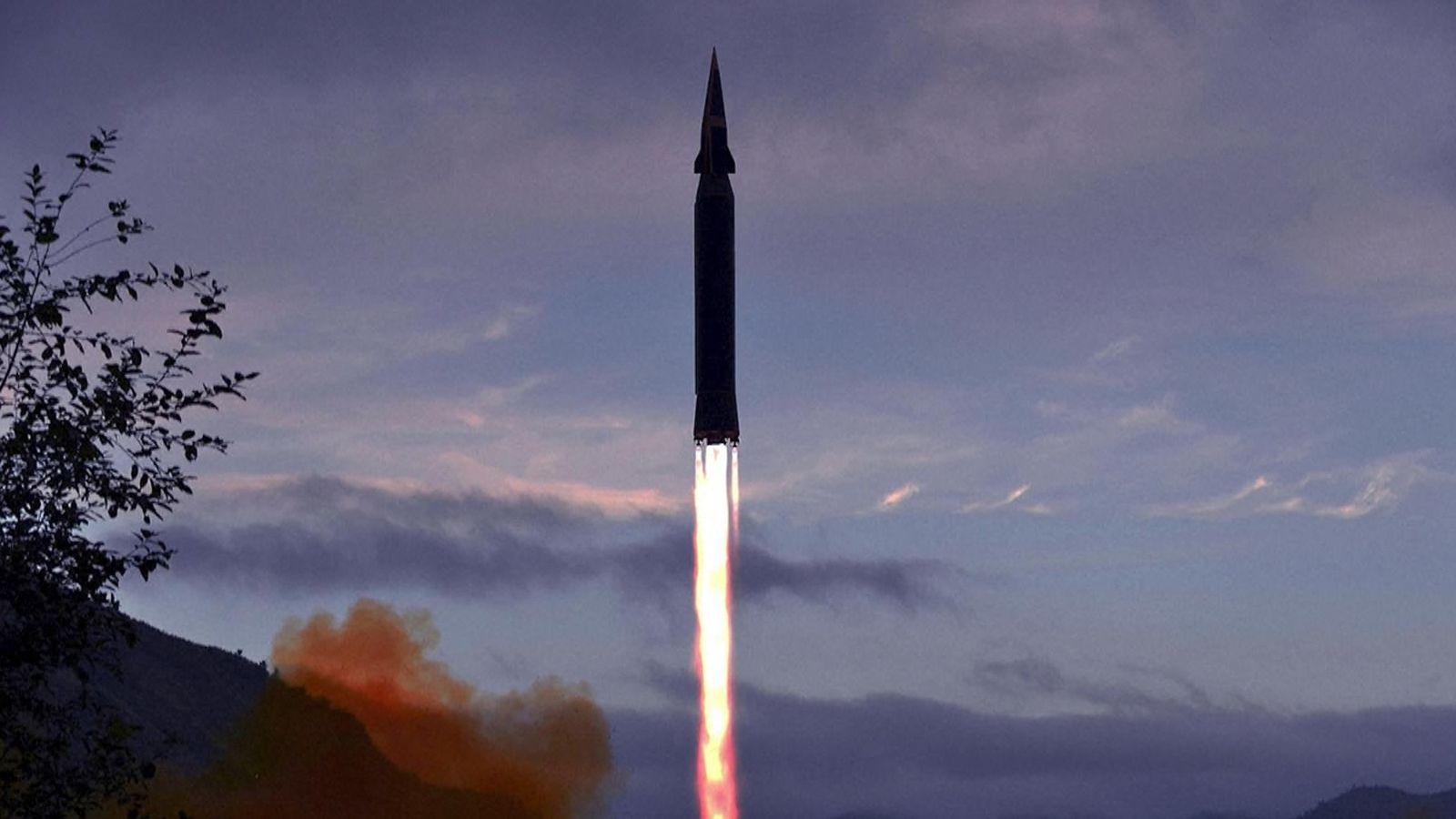 North Korea has claimed it has developed a new hypersonic missile following a test flight on Tuesday.

If true it would represent a significant step forward in Pyongyang’s military technology.

The North’s announcement came a day after the South Korean and Japanese militaries said they detected North Korea firing a ballistic missile into sea.

Hypersonic missiles are designed to fly on low altitude trajectories, but incredibly fast at more than five times the speed of sound.

They’ve been the focus of a burgeoning arms race between the United States, Russia, and China, but now North Korea claims it has entered the fray and has implied it is being developed as nuclear capable.

Hypersonic glide vehicles, which are launched from a rocket before gliding into a target, were among a wish-list of sophisticated military assets North Korean leader Kim Jong Un issued during a ruling party meeting in January.

The KCNA said the test confirmed the stability of the missile’s “fuel ampoule”, indicating a technology to pre-fuel the liquid propellant missile and seal it in a canister so that it could stay launch-ready for years.

The latest launch, which came after two rounds of missile tests this month, was shortly before North Korea’s UN envoy accused the United States of hostility and demanded the Biden administration permanently end joint military exercises with rival South Korea and the deployment of strategic assets in the region.

The North has also offered to improve relations with the South if certain conditions are met, apparently returning to its pattern of mixing weapons demonstrations with peace overtures to wrest outside concessions.

Last week, Kim Yo Jong, the influential sister of Kim Jong Un, said her country was open to resuming talks with Seoul and reconciliatory steps if conditions are met.