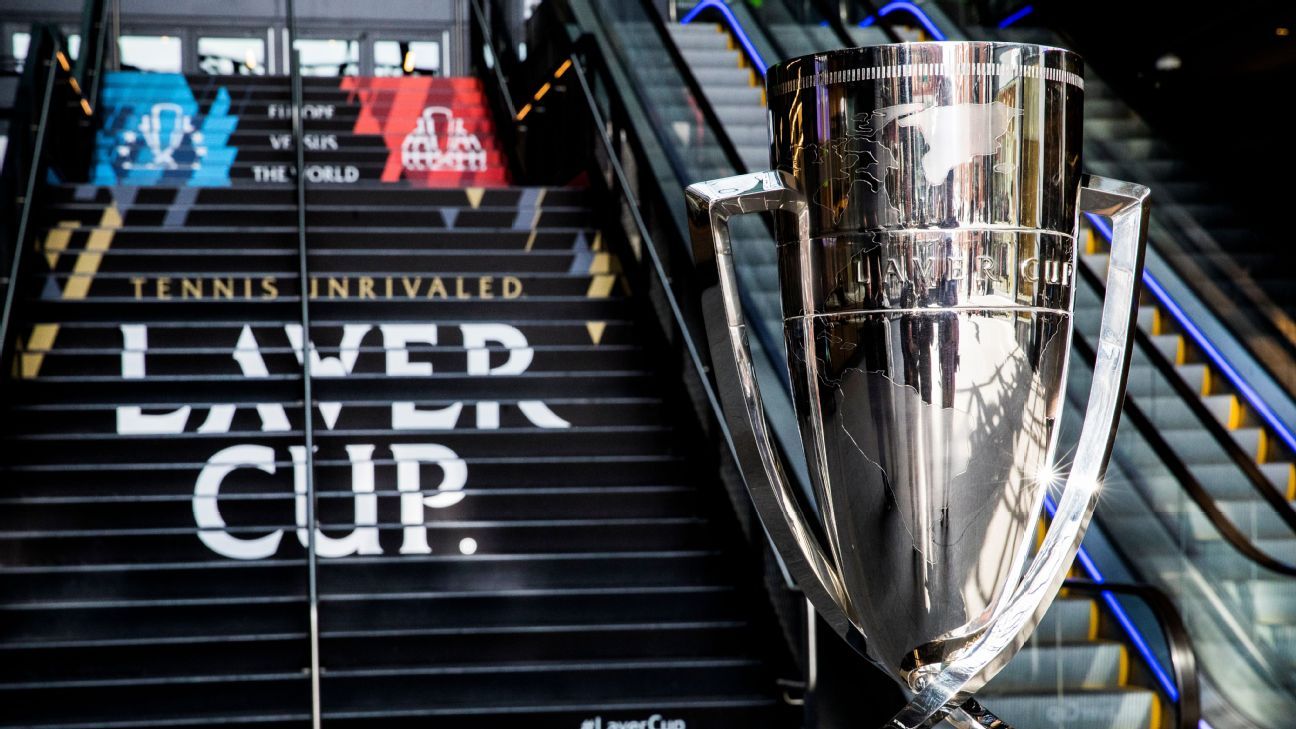 BOSTON — Even without Roger Federer, Rafael Nadal or Novak Djokovic on the roster, Team Europe clinched its fourth consecutive Laver Cup victory by going up 14-1 against Team World on Sunday.

Tokyo Olympics singles gold medalist Alexander Zverev of Germany and Andrey Rublev of Russia gave Team Europe an insurmountable lead by beating Reilly Opelka of the U.S. and Denis Shapovalov of Canada 6-2, 6-7 (4), 10-3 in a match tiebreaker in doubles to open Sunday’s play.

There were still three singles matches remaining, but Team Europe already had eclipsed the 13 points needed to win the Laver Cup. Match victories were worth one point on Friday, two points on Saturday and three points on Sunday.

Team Europe won eight of the first nine matches in the three-day exhibition event, which was postponed in 2020 because of the coronavirus pandemic. Team Europe won the first three Laver Cups, too, in 2017, 2018 and 2019, each time with Federer and either Nadal or Djokovic participating.

Zverev and Rublev were joined on Team Europe this time by US Open champion Daniil Medvedev of Russia, French Open runner-up Stefanos Tsitsipas of Greece, Wimbledon runner-up Matteo Berrettini of Italy and Casper Ruud of Norway. All six are ranked in the top 10.

Team World included Felix Auger-Aliassime of Canada, Diego Schwartzman of Argentina, John Isner of the U.S. and Nick Kyrgios of Australia. Aliassime, at No. 11, is the highest-ranked member of the roster.