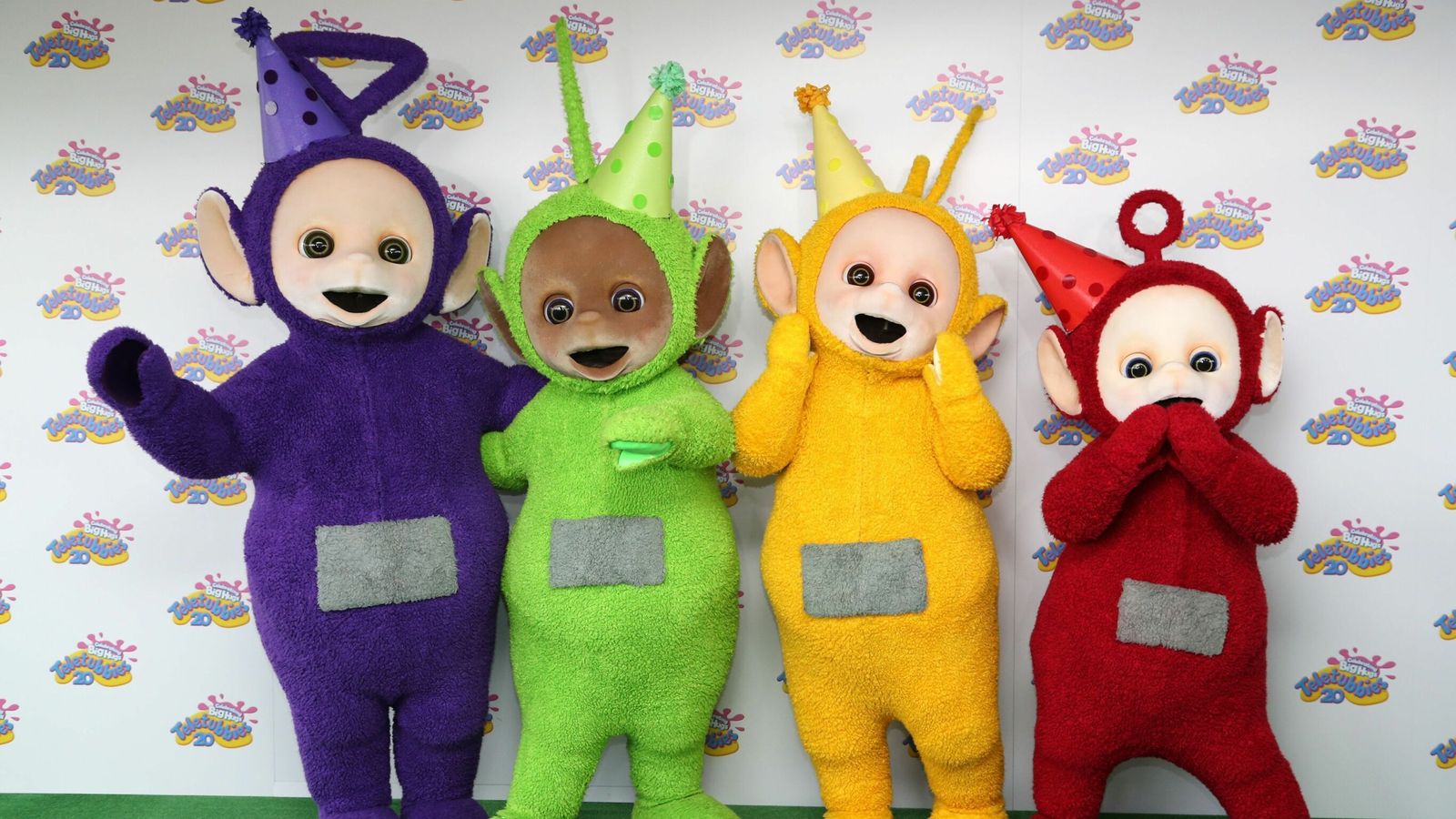 The Teletubbies have reunited ahead of their 25th anniversary to release a new album.

Titled Ready, Steady, Go!, it will feature 10 songs, including the title track single and Peekaboo, which are due to be released on 25 September.

Tinky Winky, Dipsy, Laa-Laa and Po – who celebrate the milestone next year – will release eight singles and their accompanying music videos every subsequent Saturday, with the full album available from 15 October.

The release will see them go head to head with Coldplay in the charts, as the band release their ninth studio album Music Of The Spheres on the same day.

It could also reignite a 1990s chart battle with the Spice Girls, who are due to release a greatest hits compilation, Spice 25, two weeks later on 29 October to mark their own 25th anniversary.

The girl group beat the pop hit Teletubbies Say “Eh-oh!” to the Christmas number one spot in 1997 with their song Too Much.

The Teletubbies’ hit single, from their 1998 compilation Teletubbies – The Album, remained in the top 100 for 41 weeks and has sold more than 1.3 million copies.

They also released an album, Big Hugs, in 2017 with music from the new series.

The series, in which the characters say “Eh Oh” and sport antennae on their heads, was designed to encourage young children to watch television creatively and to “nurture childhood development”.

‘Water was over my head’: Kentucky man rescues 7 from floods
Ryvid Anthem launched as lower cost 75 MPH electric motorcycle in the US
Mobile EV charging company, SparkCharge, welcomes President Biden at CHIPS and Science Act signing
Cloud stocks are rallying after a punishing start to the year as 2022 outlook brightens
Most influential artists of past 50 years are named