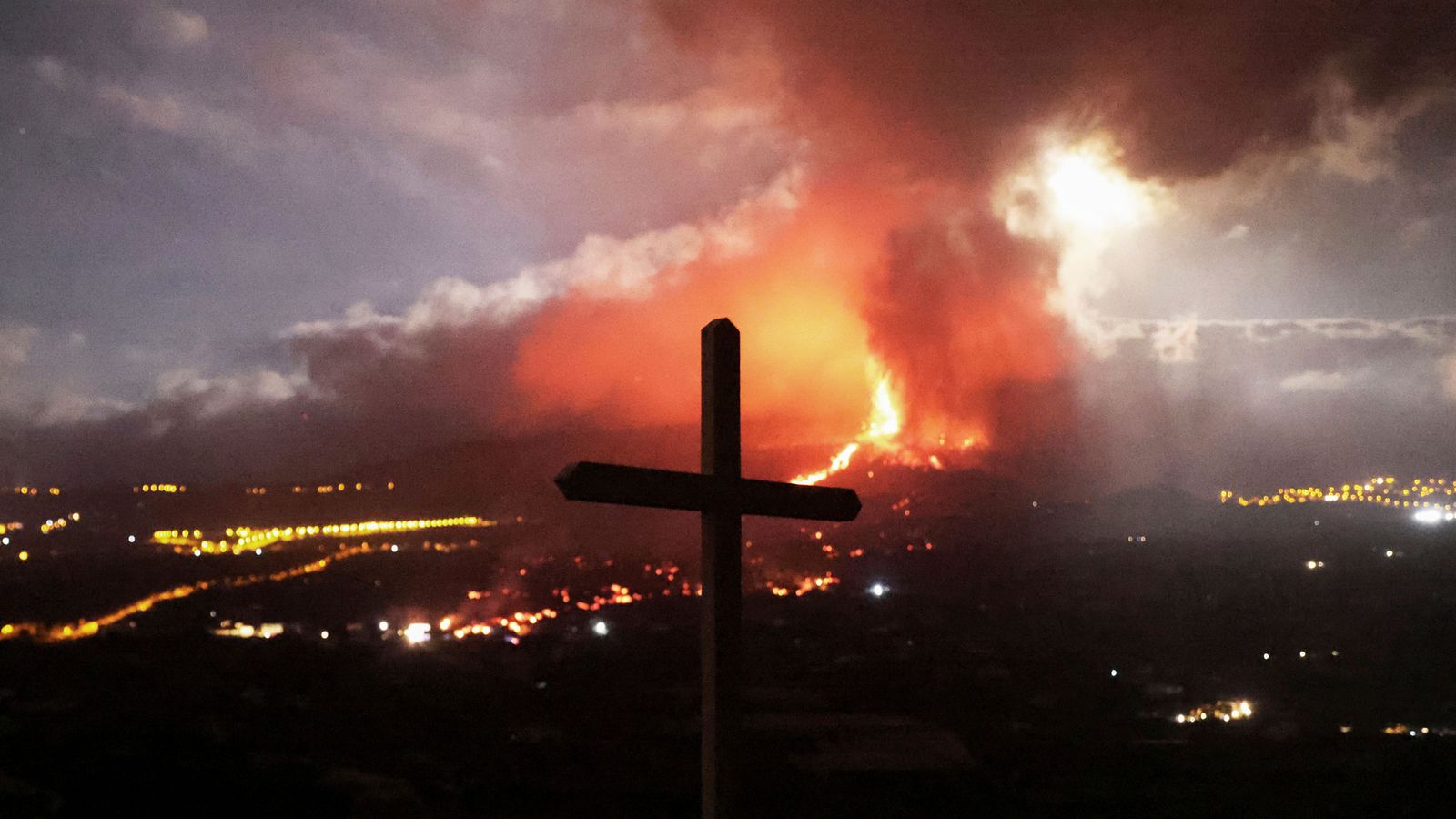 The Canary Islands Volcanology Institute said on Wednesday that the eruption on the island of La Palma and its aftermath could last for up to 84 days.

The institute said it had looked at calculations of the length of previous eruptions on the archipelago, which like the latest eruption were followed by heavy lava flows and lasting seismic activity.

This means residents could still be at risk of earthquakes, lava flows, toxic gases, volcanic ash and acid rain.

The institute also reported that Tuesday night saw a strong increase in the number of smaller eruptions that hurl rocks and cinders high into the air from the La Palma volcano.

Since last Sunday’s eruption, powerful rivers of lava, up to six meters high, have swallowed up 185 buildings, mostly homes in the countryside.

The lava now covers 154 hectares, according to the volcanology institute.

On Tuesday, the lava flows were heading downhill toward the island’s more densely populated coast.

Emergency services on the island attempted to divert some of the lava by using front-loaders to clear a path for the molten rock to follow, hoping to steer it away from properties.

However, officials said they did not know if it would work. Some 1,000 people were evacuated later in the day from the neighbourhood of Todoque on the shoreline, bringing the total number of evacuated people to around 6,000.

The meeting of lava – which is more than 1,000C – with a body of water, could cause explosions and produce clouds of toxic gas.

Prompt evacuations have helped avoid any casualties from the eruption, though damage to homes, infrastructure and farmland is significant, officials have said.

The volcano has also been spewing out between 8,000 and 10,500 tons of sulfur dioxide – which also affects the lungs – every day, the institute added.

Thompson surges as Holland’s corner stops fight
Tyson Fury-Derek Chisora live boxing results and analysis
Inside Justin Jefferson’s record-breaking, physics-defying rise with the Minnesota Vikings
On Chinese social media, America is being blamed for the recent protests
OPEC+ agrees to stick to its existing policy of reducing oil production ahead of Russia sanctions