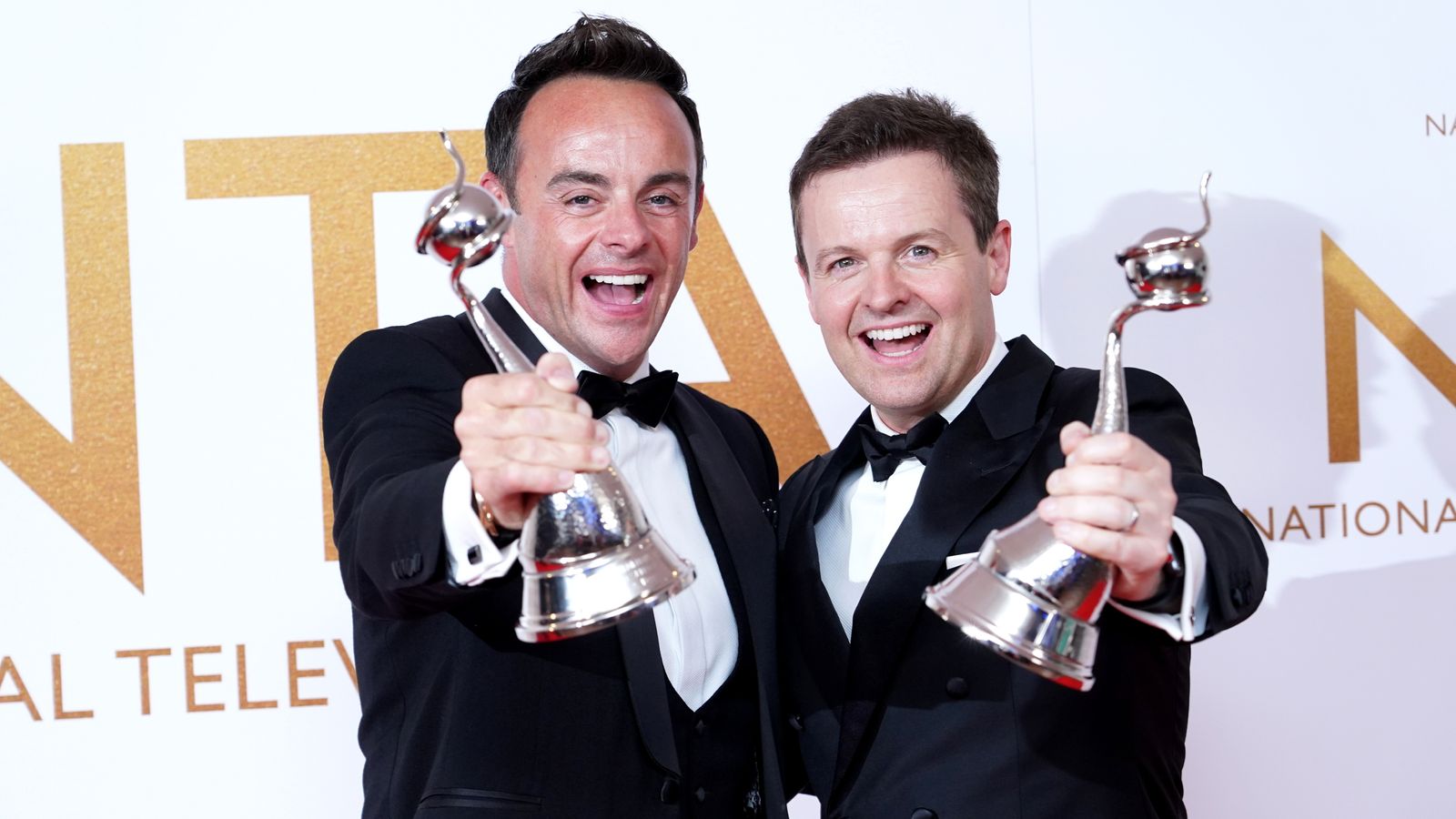 Ant and Dec have bagged their 20th presenting award in a row at the National Television Awards.

The pair also won in the entertainment category with the show I’m A Celebrity… Get Me Out Of Here which took the award.

In their speech, the pair paid tribute to their families and fans, with Ant McPartlin saying: “This one means the most. Twenty years. This is really, really special. You have no idea how special this is.”

Declan Donnelly added: “When you get to 20, you can’t help but stop and look back at the first time we won in 2001, and so much has changed in both our lives since then but one thing that hasn’t changed is how unbelievably grateful we are that you take time year after year to watch both of us.”

Also picking up a pair of awards was Line Of Duty, which won the drama and special recognition awards.

Picking up the special recognition trophy, star Adrian Dunbar hinted at a return for the cop show, saying: “Who knows, we might be back.”

More on Ant And Dec

Elsewhere, Great British Bake Off, which returns to screens later in September, won the challenge award, with judges and hosts Prue Leith, Paul Hollywood, Noel Fielding and Matt Lucas accepting the gong from the tent, while Beat The Chasers walked off with the quiz show trophy.

In his speech, Gervais paid tribute to his crew and his viewers, saying: “The amazing crew and cast, and the people at home who voted for it. Thank you so much. You are the reason I do this. The money is… You are the second… I do it for the money and thank you…”

In an emotional moment, Good Morning Britain host Kate Garraway won an award for her documentary Finding Derek, which followed the her husband Derek’s journey after being hospitalised with COVID-19 for a year.

Collecting the trophy to a standing ovation, the journalist said: “Thank you so much for voting. I wonder if the reason why you did is because our story is your story.

“I think we have all been touched by the pandemic, whether it is livelihoods, mental health – all the other extraordinary documentaries that have been highlighted and nominated tonight, they have also been affected by the pandemic and I just want to say to all the Darceys and Billys and Dereks and Derek’s family – whatever you are going through and however you are affected, you are not forgotten.”

Gogglebox, Coronation Street and Strictly Come Dancing were among the other winners, with David Tennant picking up the gong for best drama performance for his turn in Des.

‘Racism has no place’: Prince William’s office condemns his godmother for comments to black palace visitor
China competing with West ‘will lead to clash’ and UK ‘has been asleep to threat for decades’
How lessons from 2019 have impacted the Blues’ strategy this season
Trump’s rough day in court ends with a double defeat
Matt Hancock paid £45,000 to appear on Celebrity SAS: Who Dares Wins