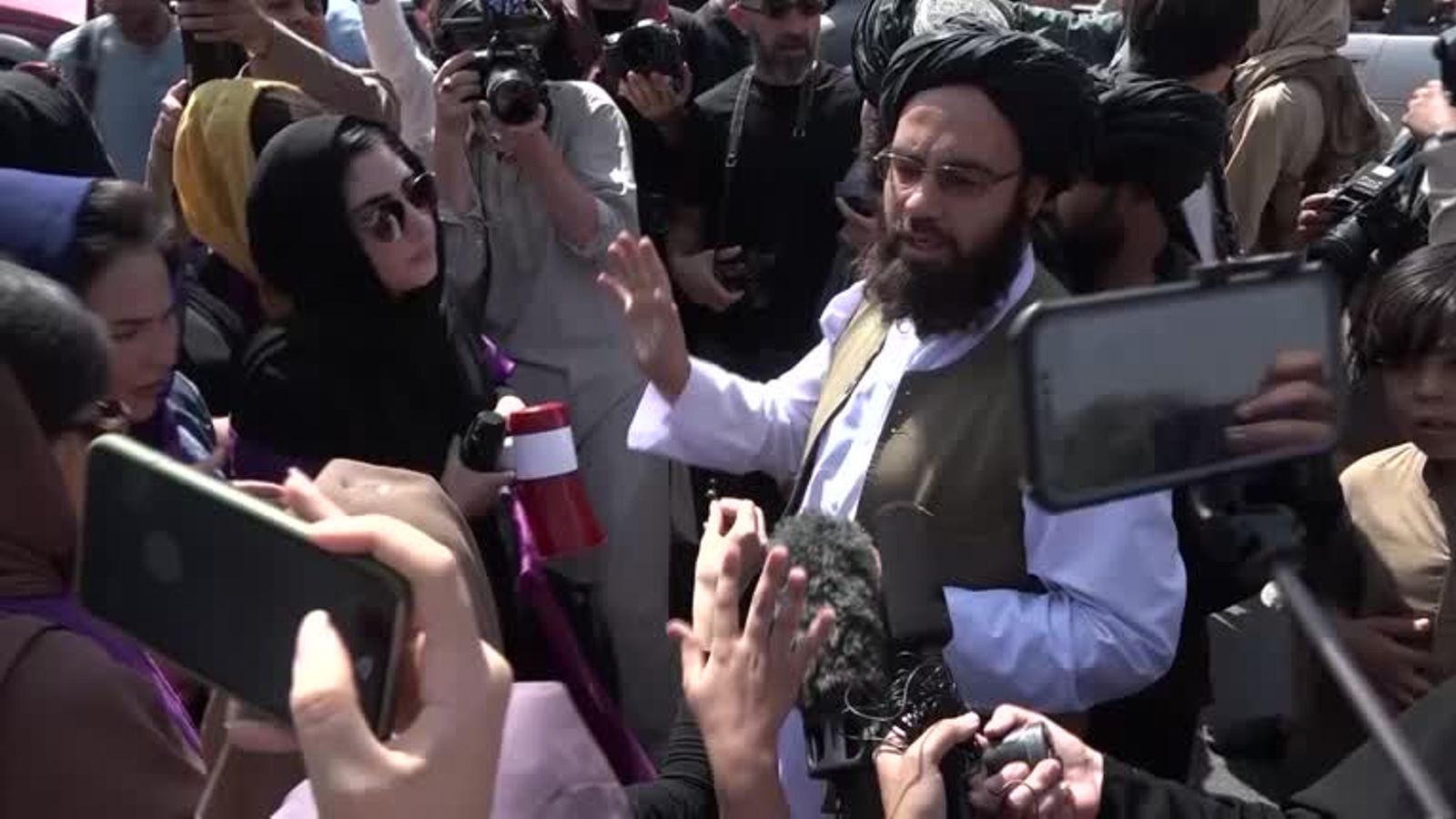 The Taliban has broken up women’s rights protests in Kabul by firing shots into the air and using teargas and tasers, witnesses say.

Women marched through the Afghan capital for a second day in a row on Saturday demanding their freedoms are guaranteed under the new Islamist regime.

The demonstrations began peacefully with a number of women laying a wreath outside the defence ministry in honour of Afghan soldiers who died fighting the Taliban.

But as their shouts became louder, Taliban fighters waded into the crowds to ask what the women wanted.

Social media footage then shows members of the special forces firing guns into the air to disperse crowds.

One witness told Reuters that they also used tear gas and tasers to get the women to flee.

A demonstrator who gave her name as Soraya claimed that the fighters “hit women on the head with a gun magazine” and “the women became bloody”.

One prominent protester, 20-year-old Maryam Naiby, defended her right to protest, saying: “We are here to gain human rights in Afghanistan.

“I love my country. I will always be here.”

She has previously run a women’s organisation and is a spokesperson for Afghanistan’s Paralympic team.

Another, 24-year-old university student Farhat Popalzai, said she wanted to represent women too afraid to come out on the street.

“I am the voice of the women who are unable to speak,” she said. “They think this is a man’s country but it is not – it is a woman’s country, too.”

But many Afghans and international observers are deeply sceptical, with reports of fighters already breaking their pledge.

In one example, a group of Islamists whitewashed murals on Saturday, including ones that promoted healthcare and praised foreign contributors.

They were replaced with slogans congratulating Afghanistan on the Taliban’s victory.

Its cultural commission spokesman, Ahmadullah Muttaqi, tweeted that the murals were painted over “because they are against our values”.

“They were spoiling the minds of the Mujahedeen, and instead we wrote slogans that will be useful to everyone,” he wrote.

Meanwhile, the Taliban claims to have taken Afghanistan’s last remaining province Panjshir in the north east of the country.

Rebel forces insist they have managed to pushback fighters, but the Islamists say they have taken four of seven provinces already.